Birthday Predictions: “Will Singer/Rapper Post Malone Shut His Detractors in 2021?” 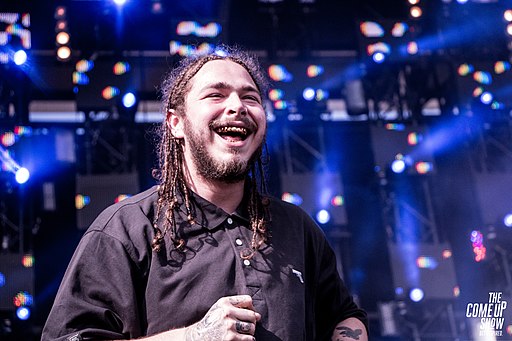 Austin Richard Post (born July 4, 1995), known professionally as Post Malone, is an American rapper, singer, songwriter, record producer, and actor. Malone has gained acclaim for blending a range of genres including hip hop, R&B, pop, trap, rap-rock, and cloud rap. Malone is known for his introspective songwriting and variegated vocal styles in his music. He first attained recognition in 2015 following the release of his debut single “White Iverson”. He subsequently signed a recording contract with Republic Records. His stage name is derived from his last name and from a rap name generator.

Malone’s debut album Stoney (2016) featured the hit single “Congratulations”, and set the record for most weeks on the US Billboard Top R&B/Hip-Hop Albums chart, with 77. His second album, Beerbongs & Bentleys (2018), debuted at number one on the US Billboard 200 and broke several streaming records upon release. Featuring the US Billboard Hot 100 number-one singles “Rockstar” and “Psycho”, it was nominated for Album of the Year at the 2018 Grammy Awards.

In 2018, Malone collaborated with American singer-rapper Swae Lee on the song “Sunflower” for the soundtrack to the film Spider-Man: Into the Spider-Verse, which reached the top of the Billboard Hot 100. His third album, Hollywood’s Bleeding, explored indie pop and was released in late 2019. It became his second number-one album on the Billboard 200 and featured the Hot 100 number-one single “Circles”, which spent a record 39 weeks in the top ten on the Hot 100.

Malone’s accolades include three American Music Awards, 10 Billboard Music Awards, and an MTV Video Music Award. Additionally, he has received six Grammy Award nominations during his career. In August 2020, Malone became the first-ever solo artist to top both the US Billboard Rap Airplay and Adult Contemporary charts as a lead artist when “Circles” reached number one on the latter, with “Rockstar” reaching number one on the former in 2017.

Additionally, having reached the top spot in its 41st week on the chart, “Circles” holds the record for the longest climb to number one on the US Adult Contemporary airplay chart among songs by solo artists. Malone has sold more than 40 million albums and 60 million singles worldwide. Malone also received a Diamond certification from the Recording Industry Association of America (RIAA) in the United States for “Congratulations”.

Post Malone’s singing career is going great but he needs to reinvent himself. What worked a few years back might not work anymore in 2021.

Photo Credit
The Come Up Show from Canada, CC BY 2.0, via Wikimedia Commons

Birthday Predictions: Will Smith Can Have a Rocking Career in Bollywood!