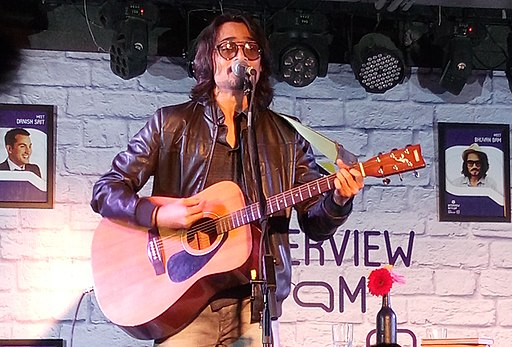 Bhuvan Bam, born 22 January 1994, is an Indian comedian, writer, singer, songwriter, and YouTube personality from Delhi, India. He is known for his YouTube comedy channel BB Ki Vines. In 2018, Bam became the first Indian individual YouTube content creator to cross 10 million subscribers. He is the director of BB Ki Vines Private Limited corporation and a designated partner at AMB Youthiapa LLP, the company behind his channel merchandise.

Bam launched his internet career by uploading a video in which he lampooned a news reporter who asked a woman insensitive questions regarding the death of her son due to the Kashmir floods. The video went viral in Pakistan, inspiring Bam to create his own YouTube channel in June 2015.

His popular channel BB Ki Vines is famous for making his audience laugh until their stomachs hurt. Today, all of his hard work has paid off as he is India’s first independent creator to cross over 3 billion views and mark a milestone of 20 million subscribers on his channel. He is truly India’s well-known youth icon and digital creator who has inspired all of us.

Bhuvan Bam is entering the 28th year of his life which means, again this year will be ruled by the Sun.

Bhuvan Bam’s zodiac sign is Aquarius and is ruled by Saturn.

Today Bhuvan is a successful actor, singer, lyricist, composer, comedian, and much more. Congratulations, on achieving such great milestones, we are super proud of you, Bhuvan! Your hard work and dedication really deserve all the love in the world. Keep creating amazing and out-of-the-box content that keeps us entertained. Take some time and get ready to debut in Bollywood!

“The year 2021 seems to have begun on a highly positive note for Bhuvan because, apart from having reached the awesome milestone of crossing over 3 billion views and marking a milestone of 20 million subscribers, he also launched Youthiapa 2.0 expanding his homegrown merchandising brand. His Birth number is 4 and he is entering into 28 year that also adds to 1, so 2021 is going to be one of the game changing year for him”, predicts Bollywood Astrologer Hirav Shah.