Tom Cruise – Journey Of A Dyslexic To A Superstar 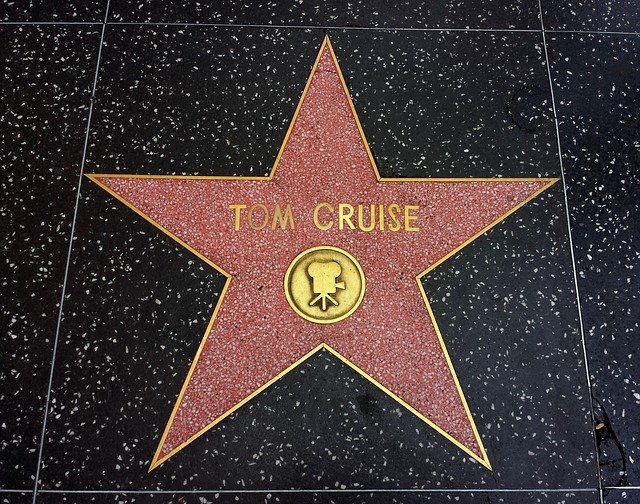 Cruise was born Thomas Cruise Mapother IV in Syracuse, New York, on July 3, 1962, to an abusive father and was brought up in near-poverty. There was nothing in his early life to suggest that, one day he would become one of the most famous actors in the world. He had a very difficult childhood, he was bullied at home and at school. He also suffered from dyslexia. Cruise spent his childhood trying to hide his dyslexia from his peers. Diagnosed at the age of 7, Cruise describes his younger self as a “functional illiterate”. He could barely read in his school.

Tom Cruise is a Number 3 person and ruled by Jupiter.
3, 6, 9 are the favorable numbers for number 3.

Tom’s family always struggled financially, but after his parents divorced, his mom had an extremely difficult time as a single parent, so she dabbled around many jobs to support her four children. Therefore , from a very young age, Tom also had to do odd jobs to make ends meet.
I’ve always had a work ethic. I’ve had paying jobs since I was about 8 years old – cutting grass, raking leaves, paper routes, selling Easter cards and Christmas cards”- quoted Tom

Rise Of A Star

Tom dropped out of school, and at age of 18 with only $500 in his pocket he moved to New York to become an actor. To survive, started working at a restaurant while auditioning for acting jobs in his spare time.
After playing some small roles, he landed his big break in 1983 in the comedy “Risky Business”. Soon Tom appeared in the action drama film “Top Gun”. This movie became a huge success, and Tom cruise became a superstar.
In 1996 Tom Cruise played the role of Ethan Hunt in his most successful franchise “Mission Impossible”. Thanks to this movie, Tom Cruise became an international star. Over the past 30 years, Tom Cruise has remained one of the biggest stars in Hollywood. Today he is best known as an edgy action movie star, but he made a career out of intense dramatic performances as well.
Movies such as the Mission: Impossible franchise, Top Gun, Minority Report, War of the Worlds, Edge of Tomorrow, and the Jack Reacher films highlight his action movie resume. His best loved dramatic roles were featured in films such as Born on the Fourth of July, A Few Good Men, Rain Man, Magnolia, Eyes Wide Shut, The Last Samurai, and Jerry Maguire.

Cruise has been nominated for three Oscars, two for Best Actor in a leading role, and one for Best Actor in a supporting role. He is a seven-time Golden Globe nominee, three-time winner. In 2012 he was the highest paid actor in the world, and the combined box office proceeds from all of his films make him the eighth highest grossing actor of all time.
On that note, when surveys show that, hardly 0.005% are making money and achieving their full financial potential in the Entertainment industry, how can then, thousands of hard-working actors, all across the world make a fortune like Tom Cruise, in today’s times of confusion and uncertainty?
Astrology can give CERTAINTY OF SUCCESS in the Entertainment & Film Industry with a clear path of action, quotes Hirav Shah, The World-famous Astro Strategist and Business Astrologer, who has been making an immense impact in the world of entertainment pertaining to film projects / TV projects /Live Shows / Events / Celebrities / Gaming Business / Theme Park Business etc. using his Business insights and Command of Astrology.

The Entertainment & Film industry is a billion dollar enterprise and breaks its own records every year.
Yet, there is no escaping the fact that it has numerous issues at its core.

Tom Cruise refused to let his dyslexia stand in the way of his acting career. Thanks to his incredible work ethic, his belief in himself and his unstoppable mind-set, Tom Cruise went from being a dyslexic to one of the most successful actors in the world.
Well, today in the most uncertain times, the only way to escape the numerous issues, present at the core of The Entertainment & Film Industry, is Astrology, says Hirav Shah, India’s Top Astro Strategist.
And, Astrology is the only tool that can provide you the certainty of results of your actions in advance. That is how you gain the confidence of execution, concludes Hirav Shah.