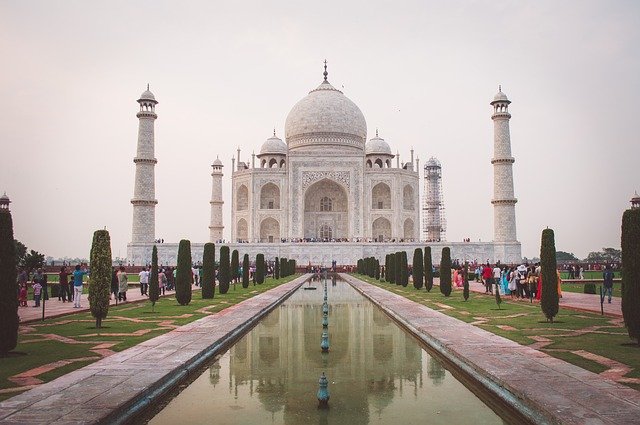 Being an ancient country, India has a long, prosperous and astonishing history. India, the land of different cultures is having the history of wonderful monuments, heritage buildings and fabulous constructions, opinions, business and Astro strategist Hirav Shah.

As many are aware, our land was ruled by many Hindu kings and Mughal emperors in the past due to which some historic architectural marvel constructions happened in our country, says Hirav Shah.

In order to showcase the great architectural value in India, Hirav Shah comes up with some exquisite and exceptional architecture buildings in our land. 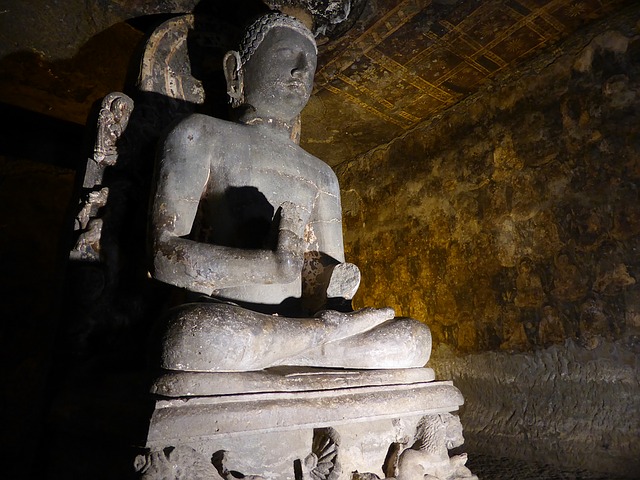 Located at Aurangabad, Maharashtra, Ajanta and Ellora caves can be termed as one of the best architectural creations present in India.

Reflecting the Buddhist art and Jataka Tales, The Ajanta caves are a combination of thirty rock-cut cave monuments. While some of the walls in the caves look adorable with numerous exotic sculptures, murals, others exhibit brilliant paintings.

On the other hand, Ellora caves are a series of thirty-four rock-cut Buddhist, Jain and Hindu temples which showcases the supremely skilled ancient architecture in our country.

For instance, The Kailasha Temple at Ellora is a man-made wonder which invokes both fascination and admiration, according to Hirav Shah.

Trideep Dutta Photography, CC BY-SA 4.0, via Wikimedia Commons
Located at the height of 10,000 feet above the sea level that too on the top of a hill, The Tawang Monastery in Arunachal Pradesh is the second largest monastery in the world after the mesmerizing Patala Palace at Lhasa in Tibet.

As per the reports, this Buddhist spirituality building was founded by Merak Lama Lodre Gyatso as per the guidance by the 5th Dalai Lama.

The entire structure and architecture of the Monastery look unique and stunning. From the entrance hall to the beautiful murals of different saints and holy paintings on it, The Tawang Monastery looks magnificent. The main building is like a large mansion and rises up to three floors and contains residential rooms for monks, Lamas and students.

The main structure of the Tawang Monastery is called as the Dukhang is actually the centrepiece and houses a large figure of Buddha sitting in the Lotus position. 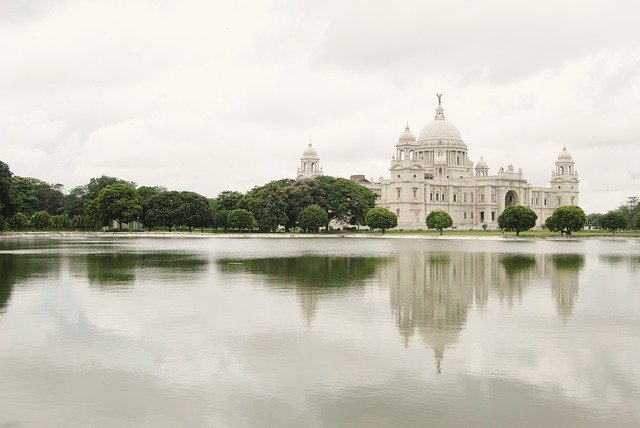 This architectural marvel was designed and built in Kolkata in the remembrance of Queen Victoria, who expired in the year 1901.

The building is the collaboration of various styles like Indo-Saracenic, Mughal style along with western architecture style of Venetian, Egyptian, Islamic and Deccan culture, says Hirav Shah.

Surrounded by verdant gardens, the expensive main building structure is now being used as a museum that exhibits various memorable things from British rule such as paintings, Coins, Weapons and artefacts among others.

The Victoria Memorial at Kolkata is an important tourist spot of this old British capital of our country. 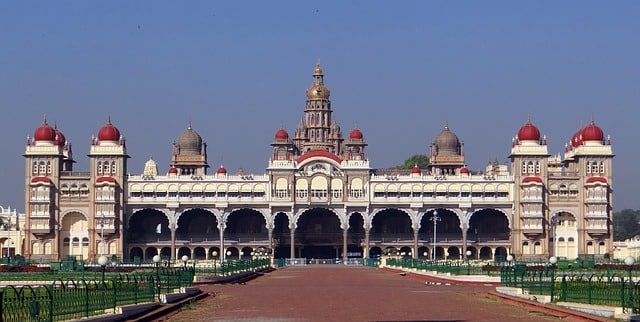 Located in Mysore, Mysore Palace and is used to be the seat of power of the erstwhile royal Wodeyars family during their rule between 1350 to 1950 in Mysore.

Originally, the palace was constructed in wood but unfortunately, it burnt down in 1897. Later, the entire structure was rebuilt by incorporating Hindu, Muslim, British and Rajput styles of architecture to it, explains Hirav Shah.

Later, the royal Wodeyars palace is converted into a museum which has a rich collection of paintings, costumes, jewellery reflecting the lifestyle and culture of the royal household.

Taj Mahal which is often referred to as a symbol of love and the precious gift by King Shah Jehan for his queen Mumtaz.

Located in Agra, Uttar Pradesh, it is well-known that Taj Mahal is one of the wonders of the world.

Taj Mahal is one of the world’s finest and majestic architecture. The glory and ambience surrounding Taj Mahal will literally bring love vibes in each individual, says Hirav Shah.

Though Shah Jehan has first built a tomb for the remembrance of his queen Mumtaz, later a group of architect’s led by Ustad Ahmed Lahauri designed the great architecture of the Taj Mahal.

Almost 22,000 artists including masons, calligraphers worked day and night following the guidelines of the emperor and wrapped up the construction work.

Hirav Shah reminds that the Taj Mahal construction work started in 1632 and was completed in 1653 with an estimated cost of 32 million rupees. 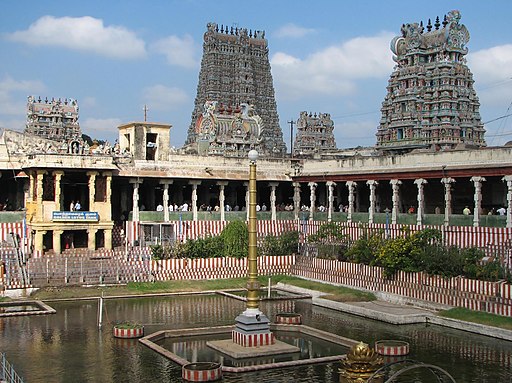 Meenakshi Amman Temple reflects the rich Tamil heritage and is one of the massive temples in India. All the sides of the temple are protected by big walls and gates.

The original temple was damaged during the Islamic invasion of the region and later it was reconstructed in the 17th century by the first Nayak king of Madurai.

The temple is spread in a vast area of forty-five acres and is the major cultural spot for Hindu devotees. 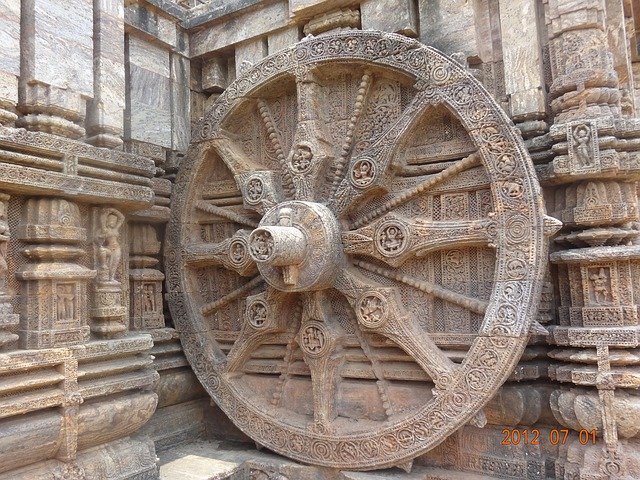 Located in Konark, Odisha, Sun Temple reflects the culture and heritage of Odisha.

The enormous wheels that are carved to support the colossal structure are amazing.

The minute details of various human and animal creatures on the walls of the temple will literally leave the visitors in a crazy feeling, says famous business Astrologer Hirav Shah.

The original design of the temple was inspired by Shikhara style and many of the original sections like the main sanctum, the main audience hall, inspire fantastic architecture. 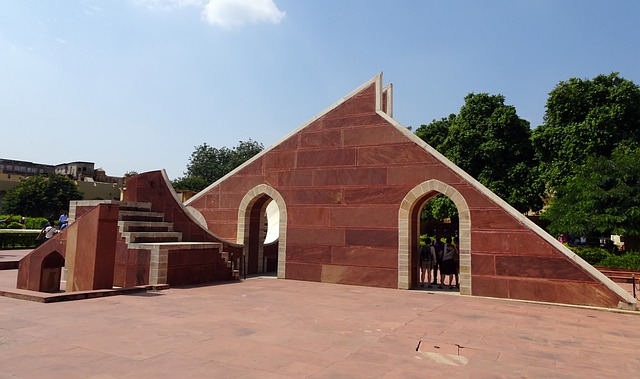 Exposing the brilliant tradition, science and observation, Jantar Mantar located in Jaipur, Rajasthan is a unique design in many ways.

Built-in the 18th century under the reign of Maharaja Jai Singh of Jaipur, the construction has emerged as an inspiration for many designs later, says Hirav Shah.

The geometry and build of the site are designed in such a way that it contains devices for measurements of time, tracking constellations and watching the orbits of the Sun.

There are different blocks such as Samrat Yantra, Hindu Chhatri and Jai Prakash Yantra in the complex and the monuments at the premises are an outstanding memory of the royal heritage. Hirav Shah recommends visiting the Jantar Mantar for sure if you visit the Pink City.

To conclude, though there are numerous marvel constructions and rich heritage designs located at various places across our country, Hirav Shah believes that the above- mentioned architectural designs have uniqueness in them.