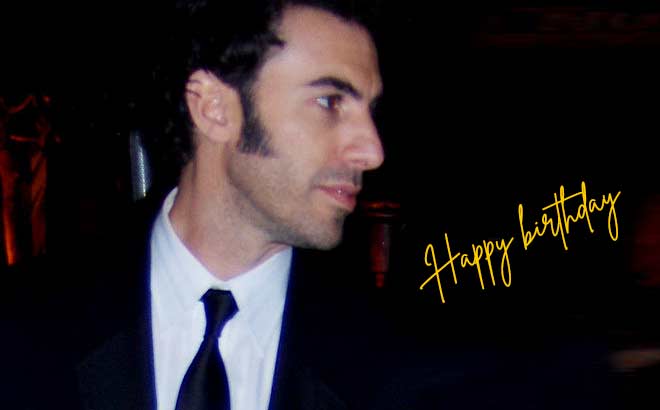 A Very Happy Birthday Sacha, You Make Us Laugh Like No One else 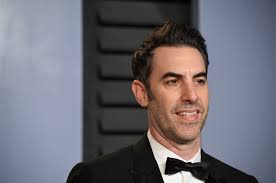 Sacha Noam Baron Cohen (born 13 October 1971) is an English comedian, actor, writer, and producer. He is known for his creation and portrayal of fictional satirical characters, including Ali G, Borat Sagdiyev, Brüno Gehard, Nobby (from the 2016 movie Grimsby), and Admiral General Aladeen. Like his idol Peter Sellers, Cohen adopts a variety of accents and guises for his characters.

As per Hirav Shah, Number 4 people are who stand on their word and are very practical in nature. They do not get stuck at one point in life, instead, they rise up again and keep going forward. They enjoy a good social status and are considered to be lucky and fortunate. They are people who find flaws in others which makes them slightly unpopular but still with a good heart they are likable.

Hirav Shah says, “Cohen’s horoscope is dominated by his sun sign Libra, but instead of its ruler Venus it is Uranus prevailing. Of the ten planets, Venus is the seventh strongest planet in Sacha Baron Cohen’s horoscope. Because of this Cohen is intellectually creative. He is open to intuition and inspiration and loves his freedom and independence very much. He wants to develop and express his individuality. ”

On the mental level, Sacha Baron Cohen possesses the capacity of calmness up to silencing the mind. He thinks openly and just assesses different points of view equally. He is able to put several complex thoughts about each other to see the greater picture. Sacha Baron Cohen wishes for harmony and is willing to approach others openly. He is ready to compromise and acts in a way where nobody does get hurt. Everybody feels treated fairly. He possesses tact, can mediate, is worldly, and able to adapt. Often this energy shows itself in a certain hesitation and a dependency on sympathy. 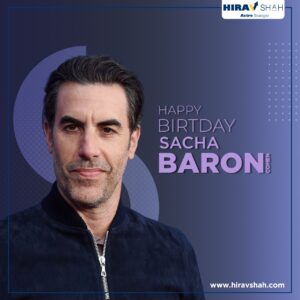 The professional life of Sacha Baron Cohen in 2021:

As per Hirav Shah, 2021 adds to 5 which is ruled by Mercury. So it will have a double positive impact for Cohen.

This is a year of action. The seeds he will plant now, he will reap later. Others might find him less sociable, as he will be busier than ever, and still, he will be outgoing and his initiative is stronger than ever. This is not going to be an easy year all the time, but Sacha Baron Cohen will feel relieved and on the brink of a positive breakthrough by the end of the year. Cohen will feel many times the excitement of a new and promising era when optimism is his friend, but he will also experience the fear of letting go.

His upcoming projects, the historical drama film “The Trial of the Chicago 7” and the mockumentary film “Borat Subsequent Moviefilm” will bring him the accolades he truly deserves.

How healthy will Cohen remain in his 50th year?

Health wise it will be a rocking year for Cohen.

We hope that he brings in more laughs for all his fans in the coming years and entertains them with his wit and humor. I wish Sacha Baron Cohen a very Happy Birthday.

Astro-Strategist Hirav Shah forays into the world of films after proving his mettle in business, sports & politics.