Yash Horoscope Analysis : “What Should Be Rocking Star Yash’s Strategy in 2022 After KGF Series?” 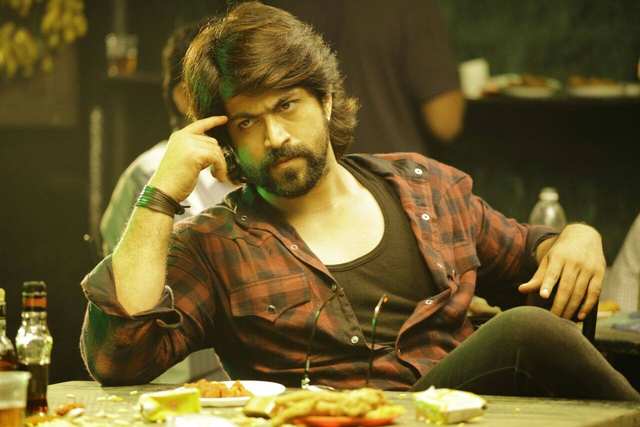 Naveen Kumar Gowda, born 8 January 1986, better known by his stage name Yash, is an Indian actor who works mainly in Kannada language films. He is one of the most successful and highest-paid actors in the Kannada film industry. He has also been named a Rocking Star by his fans and media.

In 2018 he starred in K.G.F: Chapter 1, which was released in Kannada along with dubbed versions in Hindi, Telugu, Tamil, and Malayalam, had the highest production budget in the Kannada cinema industry, and emerged as the highest-grossing film in the Kannada industry, collecting over ₹250 crores.

He will next appear in K.G.F: Chapter 2 (2022). His rise to success has been well documented by the media, and he has been rated as one of the popular Kannada film actors.

It was speculated in the media that Yash had been in a relationship with actress Radhika Pandit for a long, and especially after their film, Mr. and Mrs. Ramachari, that saw them portray the lead pair, and their third time together in films. Before the two disclosed it in public, their engagement took place in Goa on 12 August 2016. They married on 9 December 2016 in a private ceremony in Bangalore, while Yash had openly invited everyone from Karnataka for their reception at Bangalore Palace. They have a daughter and son.

In 2017 Yash along with his actress wife Radhika Pandit founded an organization and named it as Yasho Marga Foundation which marks their contribution towards the betterment of society. As a first step, the foundation took up the water crisis issue in the Koppal district of Karnataka by reportedly investing ₹4 crores towards the desalination of the lakes and providing pure drinking water to the drought-affected areas.

“Yash is one of the bankable and high-profile actors of the Kannada industry and because of the transiting Jupiter and transiting Saturn in April 2022 and also his popularity and content-based role, he will be able to achieve the new height of his professional life with his recent released film KGF 2. Currently, Yash is becoming a bankable star, in 2022, he is likely to get offered some movies from Bollywood also. After September 2022, there is a possibility that he may enter Bollywood by doing the remake of his south films, which may earn him more fame,” says veteran Movie Astrologer cum Business Transformation Expert Hirav Shah.

Hirav Shah adds, “The upcoming year might be successful for him, and he also would be recognized by his fans. In the year 2022, the actor might also enjoy his love life by taking a break from work. Yash also needs to think of what he will do after KGF to meet the expectations of his fans.”

Birthday Predictions: "Box Office Success or Marital Life... What Will Be Deepika Padukone's Priority in 2022?"

Birthday Predictions: "Acting or Directing... What Would Be The Best for Farhan Akhtar in 2022?"

Birthday Predictions: A Messy Divorce, Controversies, Movies... What's Next for Hrithik Roshan in 2022?

Simbu Birthday Horoscope 2022 Analysis : "Will Simbu STR's Relationship With Nidhhi Agerwal Bring a Positive Change in his Life in 2022?"

Birthday Predictions: "Will Sherlyn Chopra's Sanskari Image Take Her Career To Another Level?"

KGF Chapter 2 : Discussing The Remuneration Details of Stars for the Blockbuster of the Season