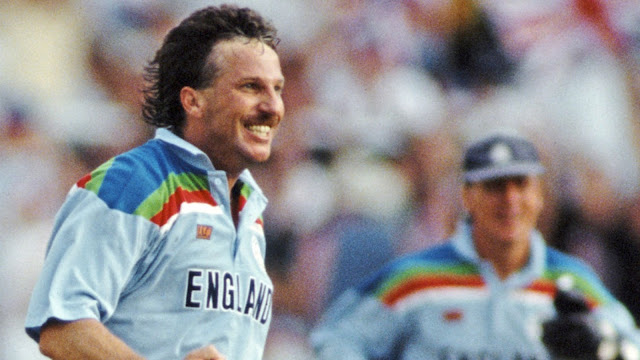 Ian Botham was one of cricket’s greatest characters, besides being one of the legends of the game.

For the world today, Ian Terence Botham, Baron Botham, Kt, OBE is a cricket commentator, a member of the House of Lords and a former cricketing legend, who has been serving as the chairman of Durham County Cricket Club since five years now-Says Hirav Shah, Renowned Sports Strategist and Advisor.

Ian Botham was born on November 24, 1955, in Heswall, Cheshire. Later he shifted to Yeovil, Somerset where he started playing cricket –for Somerset under 15s.

While he was young, he was also a talented soccer player– for a brief period, he played for Scunthorpe United, before settling on cricket as his chosen game.

After leaving education early, he made his first-class debut in 1974, and he was only 18 years of age during this time. After 12 seasons of playing for Somerset, he resigned in 1986. And this he did in protest, at the sacking of his West Indian buddies Sir Vivian Richards and Joel Garner.

For England, Ian Botham gained his Test debut in 1977. He then went on to have an illustrious international cricket career.

Botham who is also an avid trout and salmon fisherman is color blind. Despite this, he went on to become “The Ian Botham”.

Botham married Kathryn (“Kathy”) Waller (now Lady Botham) in 1976, in Doncaster. Post marriage, they lived until the late 1980s in Epworth, near Scunthorpe.

They are blessed with a son, Liam who was born in August 1977, and two daughters, Sarah and Becky. The family stays in Ravensworth at North Yorkshire and Botham is an avid golf player there.

1.Charitable-Ian Botham has been a charitable man, raising money with high profile walks across the globe. He is a big supporter of Laureus Sport for Good.

He has always been known for tirelessly working for charitable causes, including walking the 874-miles from Land’s End to John O’Groats to raise funds for the research of leukemia.

Post the 2004 Tsunami Devastation, he visited the destroyed Galle area of Sri Lanka and played a major role in the establishment of a Laureus Sport for Good project in Seenigama to help in the rebuilding of the shattered community.

2. Bouncing Back- Ian Botham has always had a no-dull life. Yes…
Voted as 20th century’s greatest English cricketer, Lord Ian Botham is the English game’s one genuine living legend and his story both on and off the pitch, reads like a boy’s own rollercoaster ride.

He always strongly bounced back to the game post his troubled period and he bounced back stronger into life post a loss of accusations too.

So, “bouncing back” certainly is a takeaway from Ian Botham.

Due to his confrontational character and wild streak, he began frequently making the wrong kind of headlines. With allegations of drink and drugs, affairs and ball-tampering, he became hounded by the tabloid pack.

Since Ian Botham has always been a part of popular culture, he was also chosen to play his part in documentaries and movies such as Botham:The Legend Of 81, Fire In Babylon and From the Ashes.

Ian Botham’s Legacy: Born as a natural cricketing genius, Botham began eclipsing records with bat and ball from a small age and soon became the man English cricket expected most from. After a brief difficult period as England’s captain, Botham rose from the ashes once again, to become a national hero with his display in the Miracle Ashes of 1981.

In Tests, Botham scored 14 hundreds with a highest score of 208. From 1986 till 1988, he held the world record for the most Test wickets until Richard Hadlee overtook his record. Ian Botham took five wickets in an innings 27 times, and 10 wickets in a match four times.

In Test history, he only became the second player to complete the “match double” of scoring 100 runs and taking 10 wickets in the same match and this was in 1980.

He was knighted in 2007 in the Queen’s birthday honors.

In August 2018, on the occasion of England’s 1000th Test, he was named in the country’s greatest Test XI by the ECB.

Ian was a match winning all-rounder in the truest sense of the word: not only could he make it to the side as only a bowler or batsman, he could win difficult matches for the team, playing either role as well. The number of matches won by Ian Botham indeed prove his pedigree.

It was Ian who, after being notoriously banned in 1986 for consuming cannabis, bounced back to pick two wickets in his first two overs, leaving a bewildered Graham Gooch to ask: Who writes your scripts?

It’s certain that the cricketing world would have learned “How To Bounce Back and Perform” from this English cricketing genius-Concludes Noted Sports Astrologer Hirav Shah.

What has happened to Ian Botham?

Ian Botham had tested covid positive in January 2022, but now he has recovered well and is fit and fine.

Is Ian Botham a real lord?

In 2020, Sir Ian Botham joined the House of Lords after being awarded a life peerage. Yes he is a “Lord” now.

Where does Ian Botham live?

Ian Botham and his family live in Ravensworth in North Yorkshire.

Is Ian Botham a baron?

In October 2021, Ian Botham was given a peerage and was appointed to the House of Lords as Baron Botham of Ravensworth in the County of North Yorkshire.

Is a lord higher than a Sir?

To address a man who has the rank of baronet or knight, “Sir” is used. The higher nobles are referred to as Lord.

Which English cricketer is a lord?

Legendary England all-rounder Ian Botham is the only English Cricketer who has been made a member of the House of Lords of the British Parliament.

Hirav Shah Picks Out Powerful Keys To Heal Yourself

Importance of Self-esteem and Tips To Improve

Cricketer Mohammed Siraj Horoscope Analysis: Will 2022 Be A Favorable Year For Siraj !