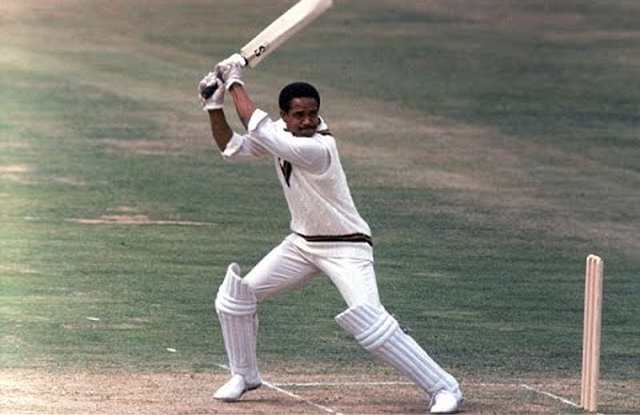 Sir Garry Sobers, was a former West Indies cricketer who played for the Country between 1954 and 1974. He is arguably cricket’s greatest ever all-rounder and one of the greatest cricketers of all time.

Ever since he was a kid, Sobers demonstrated the potential and passion to play with great skill almost any sport involving a ball, particularly cricket.

At the age of 16 in 1953, Sobers made his first-class debut for the Barbados cricket team and he made his Test debut for the West Indies the following year. Originally selected mainly as a bowler, he was soon pushed up the batting order owing to his skills.

Sobers scored his maiden Test hundred, progressing to 365 not out and establishing a new record for the highest individual score in an innings, against Pakistan in 1958.

His record was unbeaten until Brian Lara scored 375 and this was in 1994. In 1965, Sobers was made captain of the West Indies, a role which he held until 1972. He also captained the Rest of the World XI during their 1970 England tour.

To do anything disruptive in life or work or business, you have to get out of your comfort zone. Push your body and skills to the max as long as you can. Challenge yourself…

Having a solid grasp of many areas or decent proficiency in multi-skills can allow for flexibility, in a life and career and that’s what Sobers taught the world.

More than anything Sobers was extraordinary at his work and his craftsmanship has set an example for the world. His famous sayings include

1.”Just play more cricket. I played 38 matches on a tour to England. I learned to bat and bowl on different pitches and knew when to go hard and when to back off. It was just something I learned.”

2.”Records must not be the focus and that’s the most important thing. It mustn’t come at the cost of the team.“

3.”Concentration is like a shower. You don’t turn it on until you want to bathe…You don’t walk out of the shower and leave it running. You turn it off, you turn it on…It has to be fresh and ready when you need it.“

In Test cricket, he has the fifth highest batting average in the bracket of cricketers, with more than 5,000 runs. He scored over 28,000 runs and took over 1000 wickets in his 383 first-class matches, having spent time with South Australia and Nottinghamshire towards his career’s end.

In 1975, Sobers was knighted by Queen Elizabeth II for his dedicated
service to cricket. Sobers was named as one of the eleven National Heroes of Barbados by an act of Parliament in 1998. Sobers was inducted into the ICC Cricket Hall of Fame, in 2009.

Indeed, Sobers was a splendid batsman, a brilliant fielder, particularly close to the wicket, and a bowler of exceptional skill, whether bowling with the new ball, providing orthodox left-arm spin or over-the-wrist spin.

All in all, the takeaway from Sobers is-“How to be a Jack of all trades and Master of All” – Concludes Renowned Business Transformation Leader Hirav Shah.

Birthday Predictions: Will Jasprit Bumrah Become The World's No. 1 Bowler in 2022?

Mayank Agarwal Horoscope Analysis: Will 2022 Be A Winning Year For Mayank!

Cricketer Mohammed Siraj Horoscope Analysis: Will 2022 Be A Favorable Year For Siraj !

Shaun Tait Horoscope Analysis : Will 2022 Be A Winning Year For Shaun!