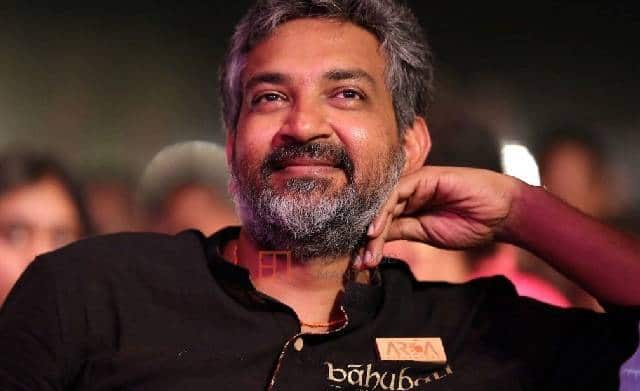 Being one of the most sought-after directors in the Indian film industry, Rajamouli is known for featuring spectacular visuals in his larger-than-life movies. A few memorable hits like Magadheera, Eega, the Baahubali series, and the latest RRR are his kitty.

Hirav Shah says, “One of the biggest reasons behind Rajamouli’s perfect box office record is the fact that his work deals with universal themes. The Baahubali franchise and Vikramarkudu, for instance, dealt with revenge. Similarly, Magadheera and Eega added the concept of reincarnation, a subject previously explored in movies such as Madhumati and Karz, to this theme to make a solid impact. In a way, he was synonymous with pan-India movies even before the term became popular.”

Now, Hirav Shah brings you a few unknown facts about the creative director.

1. Made his directorial debut in 2001 with the action film Student No.1, Rajamouli developed a good rapport with Jr NTR, who did the lead role in the movie. The film was a super success at the box office.

2. SS Rajamouli, who is fondly referred to as Jakkanna by his heroes, got the name from noted actor Rajiv Kanakala. During the shooting of Student No.1, Rajiv, who played the antagonist role, gave Rajamouli the Jakkanna title.

3. Though Rajamouli was born in Andhra Pradesh, he spent his childhood in Karnataka. Due to the same, he is fluent in the Kannada language.

4. To date, Rajamouli has not delivered a single flop in his entire career. Probably, he is the only senior director to hold the record among the filmmakers in India.

5. Before making a directorial debut, Rajamouli directed a couple of television shows and serials for the reputed entertainment channel ETV.

6. Usually, for every Rajamouli film, his father and senior screenwriter, KV Vijayendra Prasad, will be penning the script for his movies. On the other hand, Rajamouli’s wife, Rama Rajamouli, will be designing the costumes for the creative director’s projects.

Hirav Shah points out, “As strange as it may, Rajamouli raises the bar so high with his work that it isn’t easy for his leading men to keep the momentum going with their subsequent work. Charan, for example, suffered a setback when Orange–his first movie after Magadheera, flopped badly at the box office. Similarly, Khatarnak– Ravi Teja’s first release after Vikramarkudu– proved to be a commercial failure. Prabhas also delivered disasters like Saaho and Radhe Shyam after Baahubali.”

Sai Pallavi horoscope analysis : “Is Sai Pallavi Wasting Her Prime Phase by Not Signing Films in 2022-23?”