Birthday Predictions: “Is It Time For Leonardo Di Caprio To Jump Into Blockbuster Genre in 2022?” 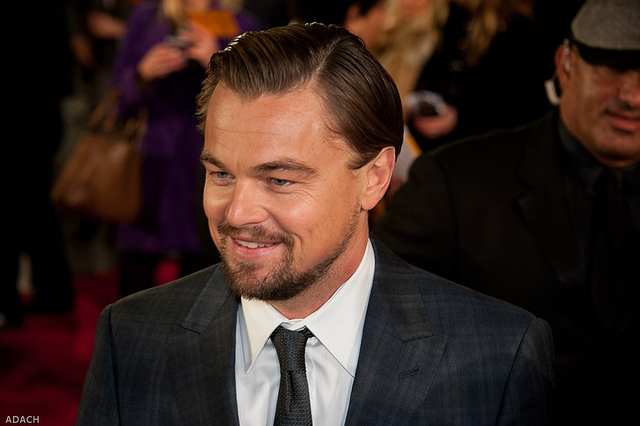 Leonardo Wilhelm DiCaprio, born November 11, 1974, is one of the most brilliant American actors and also a film producer. Known for his work in biopics and period films, DiCaprio has received numerous accolades throughout his career, including an Academy Award, a British Academy Film Award, a Screen Actors Guild Award, and three Golden Globe Awards. As of 2019, his films have grossed over $7.2 billion worldwide, and he has been placed eight times in annual rankings of the world’s highest-paid actors.

Born in Los Angeles, DiCaprio began his career in the late 1980s by appearing in television commercials. In the early 1990s, he had recurring roles in various television shows, such as the sitcom Parenthood. DiCaprio had his first major film role as author Tobias Wolff in This Boy’s Life (1993). At age 19, he received critical acclaim and his first Academy Award and Golden Globe Award nominations for his performance as a developmentally disabled boy, Arnie Grape, in What’s Eating Gilbert Grape (1993). He achieved international stardom in the epic romance Titanic (1997), which became the highest-grossing film to that point. After a few commercially unsuccessful films, DiCaprio starred in two successful features in 2002: the biographical crime drama Catch Me If You Can and the historical drama Gangs of New York, which marked the first of his many successful collaborations with director Martin Scorsese.

DiCaprio portrayed Howard Hughes in The Aviator (2004) and continued to receive acclaim for his performances in the political thriller Blood Diamond (2006), the crime drama The Departed (2006), and the romantic drama Revolutionary Road (2008). In the 2010s, he starred in the science-fiction thriller Inception (2010), the western Django Unchained (2012), the biopic The Wolf of Wall Street (2013), the survival drama The Revenant (2015)—for which he won an Academy Award and a BAFTA Award for Best Actor in a Leading Role—and the comedy-drama Once Upon a Time in Hollywood (2019), all of which were critical and commercial successes.

DiCaprio is the founder of Appian Way Productions—a production company that has produced some of his films and the documentary series Greensburg (2008–2010)—and the Leonardo DiCaprio Foundation, a nonprofit organization devoted to promoting environmental awareness. He regularly supports charitable causes and has produced several documentaries on the environment. In 2005, he was named a Commander of the Ordre des Arts et des Lettres for his contributions to the arts, and in 2016, he was named one of the 100 most influential people in the world by Time magazine.

“Leonardo Di Caprio is one of the finest actors of this generation. But the box-office results of some of his last few films haven’t been encouraging. D Caprio needs to up his game now. According to the planetary positions in his horoscope, it would be better that he signs projects that are messy and box-office friendly. He has gained enough critical acclaim and now it is time for him to go after blockbusters. His next few films like the Killers of the Flower Moon will do phenomenally well but that is still underwhelming for someone like Leonardo. He needs to sign some exciting superhero projects like the Avengers series. DiCaprio has been in a relationship with Argentine-American model and actress Camila Morrone since 2017 but it looks like it won’t culminate into marriage. Di Caprio needs to take care of his health,” says Hollywood Astrologer cum Astro Strategist™ Hirav Shah.

Home » Predictions » Entertainment » Birthday Predictions: “Is It Time For Leonardo Di Caprio To Jump Into Blockbuster Genre in 2022?”

Get advice from successful people not from any Tom, Dick and Harry to make Super Successful 2022.

Best Guidelines to Increase Your Home's Value Before Selling

How does the Dating App Development work?

10 ways to Improve Your Mental Health