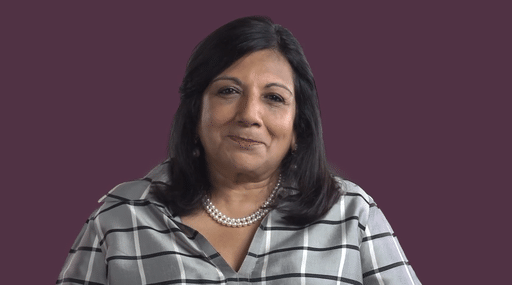 India is on its progressive streak. Today you can see an equal amount of female entrepreneurs in this country as males and we as a nation should appreciate the fact. More female leaders are emerging and this is all because of the existing few female entrepreneurs who paved the way.

Kiran Mazumdar Shaw is one of India’s biggest female icons and there is no doubt about it. She spear-headed women in the biotech world in India, which has traditionally been dominated by men and hit it out of the benchmark.

The self-made female billionaire is not only a massive inspiration to the present generation but a pioneer in India’s clinical research movement.

Kiran Mazumdar Shaw is an Indian billionaire entrepreneur who has successfully founded Biocon Biologics Limited. Biocon is a biotechnology company based in Bangalore, India. She currently acts as the executive chairperson and founder of the company.

Shaw is also the former chairperson of the Indian Institute of Management, Bangalore. Considered the 68th most powerful woman in the world by Forbes, Shaw is a boss woman with exceptional capabilities.

Born to Gujarati parents in 1953, she did her schooling at Bangalore’s Bishop Cotton Girl’s High School. Shaw graduated from Mount Carmel College, Bangalore, a women’s college offering pre-university courses as an affiliate of Bangalore University.

She studied Biology and zoology and graduated with a bachelor’s degree in the same subjects. After her graduation, her father, who was the head brewmaster at United Breweries, suggested that she pursue fermentation science. Thereafter she moved to Melbourne University to study malting and brewing. In 1974, she was the only woman enrolled in the brewing course and topped in her class. She earned the degree as a master brewer in 1975.

Kiran Mazumdar Shaw was married to John Shaw in the year 1998.

Initially, she worked as a trainee brewer in Carlton and United Breweries. She further developed her skills and worked as a trainee consultant at Jupiter Breweries Limited in Kolkata and also worked as a technical manager at the Standard Maltings Corporation in Baroda. She wished to advance her career in Bangalore or Delhi but faced criticism for being a female in this particular field.

Shaw was criticized for attempting to do a ‘man’s job’. But she kept going. She soon ventured out of India where she met another entrepreneur from Ireland, Leslie Auchincloss. She was rightfully looking for an individual to establish an Indian subsidiary. Leslie was the founder of Biocon Biochemicals. Ltd. The company mainly dealt with the production of enzymes for use in brewing, textile and food packaging.

She returned to India and started Biocon in a garage of her rented house in Bengaluru with a Capital of Rs. 10,000. She owned 70% of the business. After some time, she moved to the business of manufacturing medicines.

This was the story and the rest, as you know, is history.

Kiran was awarded the ‘Othmer Gold Medal-2014’ in Philadelphia (USA) for her special contribution to the field of science and chemistry.

Stay determined despite the setbacks: Being a woman in an industry that idolizes men has always been a challenge. Shaw was no stranger to that. Despite all the shortcomings, Shaw didn’t ever lose hope and pursued that path to success. I believe it is her stern determination as a budding entrepreneur that helped her reach the pinnacle of success.

Hustle till you succeed: In a media interview to MBA rendezvous Shaw had mentioned, “In our Enterprise ‘The difference lies in our DNA’ and we all believe in it. We don’t imitate other companies, but have charted our business destiny.” True to her words, you can see that her growth to success hasn’t been the smoothest one. She started her business in a small garage with a meagre investment of Rs 10,000.

Today, the company has soured to great heights and is considered a giant in the pharma industry. All of this was possible because of Shaw’s determination, hard work and relentless pursuit for success.

“As you become more successful, the gender barrier disappears. The credibility challenges you have during your growing up years starts disappearing when you start demonstrating success”

The success story of Shaw is an important one when it comes to any conventional success stories simply because she was able to break the mould and write her destiny. Today if any woman or young girl makes a quick search on the internet about female entrepreneurs, the results are full of wonderful examples. The story of Shaw, among many, brings a warm hope of a pleasant future. A future where our daughters walk hand-in-hand with their male counterparts- concludes business development expert Hirav Shah.

Hirav Shah is an eminent Business Astrologer™ and Entrepreneur, who can help you reach new levels of success in the coming year. Shah’s unique practice mixes the fundamentals of Astrology with Business Principles, thereby introducing you to a whole new dimension of affluence.

Hirav Shah has an astounding global presence with clients based across various business sectors. He is a big believer in taking massive action, has formulated strategies and made the right strategic bets based on the certainty of outcome to help some of the world’s most renowned brands.

From business setup and expansion to crisis and exit, he can give you a strong Astro based analysis on where to apply leverage and where to cut losses.

Sleeping Habits Of 5 Most Successful Personalities Of The World