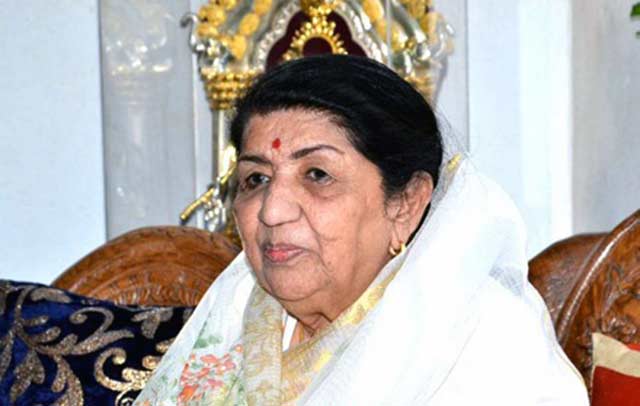 The world felt great despair when the country’s soul and singing sensation Lata Mangeshkar took her last breath on 6th February 2022. Even when she was in her 90’s, she stayed with us with all her might and grace. Forever donning her plain white sari with long plaits, this lovely lady is the reflection of the then young and free India.

Although she is no longer with us, her legacy and her immortal voice will stay with us forever.

Generally referred to as the nightingale of India, Lata is the strongest pillar of the Indian entertainment industry from the get-go.

Lata Mangeshkar was born on September 28, 1929, to classical singer and theatre artist Pandit Deenanath Mangeshkar and Shevanti in Indore, Madhya Pradesh. Lata along with her siblings, Meena, Asha, Usha, and Hridaynath later went on to become some of India’s most renowned musical personalities.

Lata started taking singing lessons from her father at a young age. By the time she was 5, she was already in the entertainment business as an actress in her father’s plays.

Lata had an impressive career spanning up to 8 decades. She had lent her voice to about 5000 songs in over a thousand Hindi and 36 regional films. She had also worked with a multitude of renowned faces from Madhubala to Madhuri and Priyanka Chopra accounting her with much deserved respect and honour. 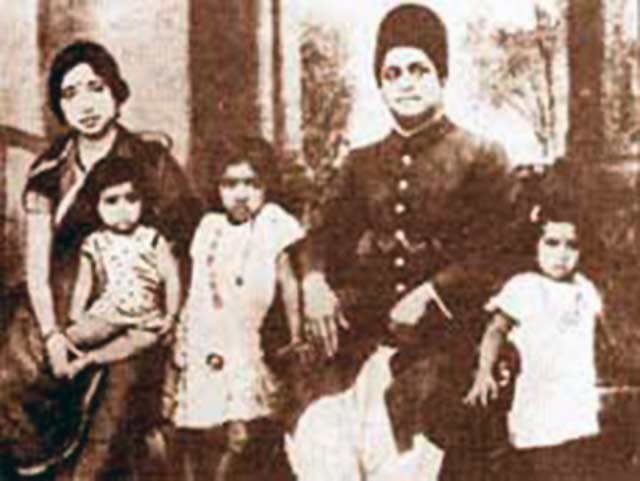 As mentioned above, Lata was the eldest daughter of Deenanath Mangeshkar, a Marathi and Konkani musician, and his wife Shevanti. She was the eldest child in the family. Her siblings, Meena, Asha, Usha, and Hridaynath are all renowned artists in India.

Lata Mangeshkar had stayed unmarried for the rest of her life. When asked about her refusal to commit to marriage, she answered, “People ask why I never married. To that, I say that God gave me a job to do and I’m very satisfied with my work. Yes, like everyone else, I do have my moments of sorrow. But my sorrow is very temporary. What I cannot bear is to see other people suffering. I feel a sense of joy by helping such people.“

After Lata’s father died in 1942, the responsibility of fending for the Mangeshkar family fell on her. Pandit Deenanath’s friend Master Vinayak decided to lessen her burdens and offered her a role in the film Badi Maa. In 1949, she moved to Bombay (now Mumbai), where she began learning Hindustani music from Ustad Aman Ali Khan.

Some of her most famous songs include:

She was even accredited with the French Legion of Honour, France’s highest order in 2009.

1- Adaptability is the key to sustain:

When Lata started her career the Indian cine industry was barely starting. From the pre-independence era when people listened to music through disc and vinyl to now when everything is digitized, Lata has managed to ensnare a multitude of generations. Constant introspection and innovation are the keys to success in leadership. No matter how big of an artist you are, you must change according to changing times. Otherwise, you will dissolve into nothingness.

Although Lata has managed to ensnare the public for almost 8 decades; she has never forgotten her roots. She believed that music is her religion and has stayed focused on her ‘riyaaz. 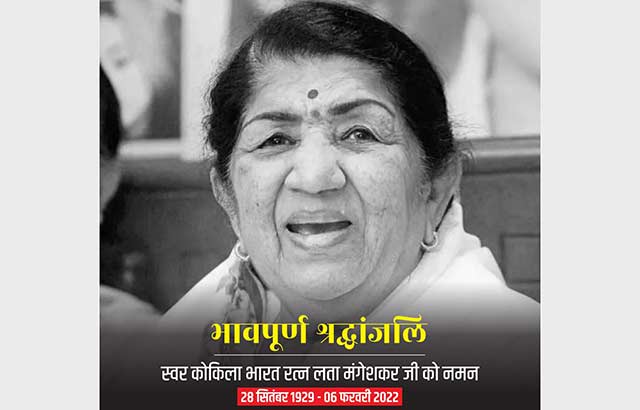 Unfortunately, Lata Mangeshkar passed away on 6th February 2022. The reason for her death was multiple organ failures. She was 92 at the time of her death.

Crowds gathered outside her home on the day of her cremation and she was given full state honours. Even PM Modi attended her funeral.

The singing sensation of India, Lata is a once-in-a-lifetime artist meant to be adored and celebrated. Although she left us mourning, her songs will be remembered across the globe as something synonymous with the country’s hope and pride. Her death is mourned, but her legacy will be remembered for eternity- concludes Business development expert Hirav Shah.

Hirav Shah is an eminent Business Astrologer™ and Entrepreneur, who can help you reach new levels of success in the coming year. Hirav’s unique practice mixes the fundamentals of Astrology with Business Principles, thereby introducing you to a whole new dimension of affluence.

Hirav Shah has an astounding global presence with clients based across various business sectors. He is a big believer in taking massive action, has formulated strategies and made the right strategic bets based on the certainty of outcome to help some of the world’s most renowned brands.

From business setup and expansion to crisis and exit, he can give you a strong Astro based analysis on where to apply leverage and where to cut losses.

How Astrology Helps in Gaining an Insight Into Your Personality?

The Reflection of Bollywood On Indian Culture

15 Amazing Facts About Bollywood You Have Never Heard Before

Understanding Leadership Skills And How It Can Help Your Start-up Grow?

Fardeen Khan Horoscope Analysis: "Will Fardeen Khan Make The Greatest Comeback in 2022 With No Entry Sequel?"