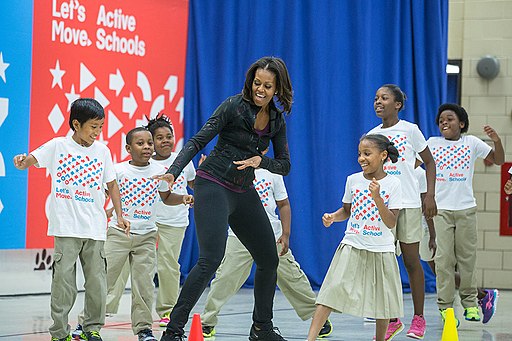 Often criticized for her animated candour, Michelle Obama is no less popular than her husband, former President of the United States, Barack Obama. A modern woman, a feminist, and a revolutionist, she championed several causes often overlooked by bureaucrats.

Instead of being a pretty face and standing with the President, Michelle rallied for better education for girls, equal rights, healthy living, and more help for families living in poverty.

Michelle LaVaughn Robinson Obama or Michelle Obama was born on January 17, 1964. With an impressive CV that includes being the first Lady, lawyer, and bestselling author of her memoirs- Michelle has proven to be an inspiration to many young ladies across the globe.

Here are 4-lessons adopted from the life of Michelle Obama brought to you by eminent Astro strategist Hirav Shah:

Don’t give up on your dreams:

Growing up, Michelle dreamt of attending the prestigious Princeton University. However, when she approached her college counsellor about it, the counsellor told her right away that she wasn’t a ‘Princeton material’. Michelle, however, chose to follow her dreams rather than giving up on them. She didn’t let the counsellor’s remarks affect her aspirations.

You are the smartest person in the room:

When Michelle joined the highly consorted Princeton University, she realized that people were way smarter than they appeared. She was initially intimidated in classroom discussions because “It requires effort, an extra level of confidence, to speak in those settings and own your presence in the room.” But after interacting more, she realized that it was just false confidence that those students exhibited. In reality, she was way smarter than them.

You can be an entrepreneur at any point in time:

When Obama started babysitting for a mentor on Princeton campus, she didn’t realize that she was starting a business. Often businesses are started because someone somewhere requires your services/products. And Obama unknowingly did just that. Before she could realize she was running a child care center that catered to professors.

This essentially tells us to always keep an eye out for opportunities. You never know when they might come knocking at your door.

Explore every possibility before making any decision:

When the former US president, Barack Obama, decided to run for the presidential seat, Michelle gave him his blessings thinking, that he will never make it. Countless political attacks and dozens of secret service briefings later, she was declared the first woman of the USA. What came after was an overwhelming amount of responsibilities. In her book ‘Becoming’, Michelle explains that one must explore every possible avenue before passively permitting themselves to take risks. Before you say yes to anything, make sure you are confident about it.

A true iron lady who wears power in her sleeves, Michelle Obama is the true definition of a lady boss. She alone has a major impact in sectors of women empowerment. A mother, wife, attorney, and author, she has proved herself successful in every role that she has taken. Adorned with the title ‘Boss Woman’, Michelle Obama is an inspiration to many generations- opines Astro strategist and business development expert Hirav Shah.

From Homeless To Billionaire, Lessons To Learn From Billionaire John Paul Dejoria

Michael Jackson - Lessons To Learn From The King Of Pop

Know About King of Rock and Roll: Elvis Presley

Lessons To Learn From The Life of Helen Keller

Meet the man behind success of STARBUCKS : Howard Schultz