Will Conor Maynard come up with something better than ‘Can’t Say No’ in 2021? 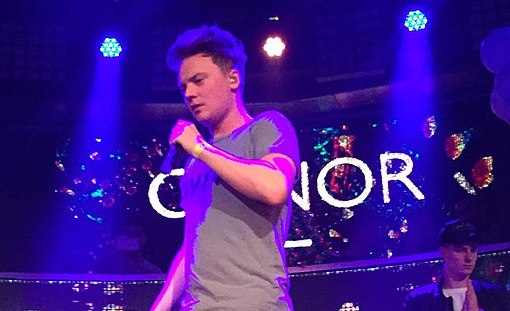 Conor Paul Maynard (born 21 November 1992) is an English singer, songwriter, and YouTuber. Born and raised in Brighton, he signed a recording contract with Warner Music Group in 2011. Maynard rose to fame in 2012 when he was nominated for, and subsequently won, MTV’s Brand New for 2012 award. His debut album, Contrast, was released in July 2012 which produced the hugely successful single “Can’t Say No”.

He has performed at a number of places in Europe and has become famous as the second singing sensation after the Canadian singer, Justin Bieber. He has toured the US also and has made quite a name for himself in that country. His singing talent began to be noticed after he started uploading his singing videos on a popular video-sharing channel, YouTube. He uploaded his very first video in May 2006. Thereafter, he uploaded cover versions of songs in association with rapper and friend, Anthony “Anth” Melo. Soon, he caught the attention of American singer-songwriter Ne-Yo, who watched a cover version of his track “Beautiful Monster”, sung by Maynard. Ne-Yo was so impressed that he contacted the musician and became Maynard’s mentor.

Hirav Shah says, “Maynard is a unique mix of playfulness and passion. Although he can light up a room with his sunny personality, he is also determined, deep, and ambitious. He will often deliberate on a problem for some time, and then ignore his analysis and jump into a decision impulsively. His desires are deep and he wants to experience life on all levels. No one can rightfully label him superficial! He is playful, passionate, dynamic, and inspired.”

“2021 adds to 5 which is ruled by Mercury. This is a year of action. The seeds he plants now, he will reap later. Others might find him a bit less sociable, as he is busier than ever and he focuses on his activities and his need to win. Still, he is outgoing and his initiative is stronger than ever”.

Conor Maynard will achieve greater heights this year with his music that will touch many hearts predicts, Movie Astrologer Hirav Shah.