“Chhapaak”  is an upcoming Indian Hindi-language drama film directed by Meghna Gulzar and produced by her as well as Deepika Padukone in collaboration with Fox Star Studios. Based on the life of Laxmi Agarwal, it stars Deepika Padukone as an acid attack survivor, alongside Vikrant Massey and Madhurjeet Sarghi.

The film is scheduled to release in theatres on 10 January 2020 in India. 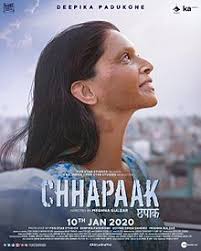 2020 is the best year for works of real creativity, real stories, real acting, uniqueness of movies, etc. and there can be easy selling of the same this year for the Entertainment Industry says Business Astrologer Hirav Shah.

“Chhapaak” is a real time story of an acid attack survivor.

Deepika Padukone, playing lead in this film, was born on January 5, 1986. She has just entered into her 35th year, which also adds to 8=Number of Saturn.

To change the mindset of the people, Saturn – an extreme planet and Rahu(communicator) can play a major role says Business Astrologer and Astro-Strategist Hirav Shah.

Chhapaak will be successful but moreover, it will be very helpful to throw the acid out from people’s minds.

His mantra is very simple : “Why earn less when you have potential to earn more”

He is one of the top influencer in the circle of Corporates, Hollywood, Bollywood, Sports and Politics.

His work has touched the lives of top entertainers from Hollywood to Bollywood, As well as from top USA to Indian games famous people. Billionaire business leaders seek his advice as well, and last but not least : from National Political parties to leading political leaders.

He works all around confidentially, He lives low profile life however working with prominent individuals.
Hirav Shah provides his most of the time to help people FREE OF COST who has tremendous potential yet at the same time battling in professional life. He just charges from who needs to go from A to B.
He generally endeavors to give Moral Support, Strategic Support and obviously Astrological support to everyone with whom he is working.