Birthday Predictions: Will Prabhas Topple The Three Khans in 2021? 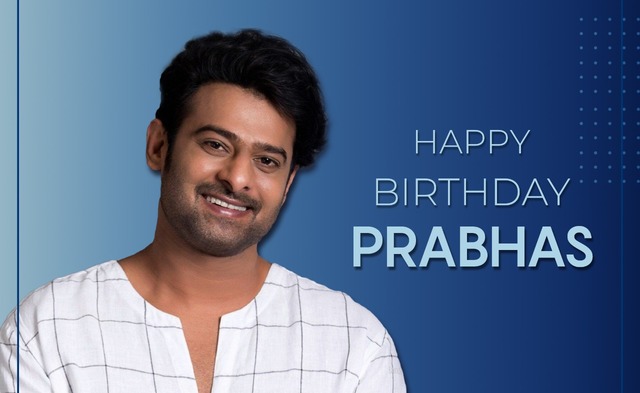 Born as Prabhas Raju Uppalapati, Prabhas is a popular Indian actor who appears in Telugu cinema. He is the nephew of the veteran actor of the Telugu film industry, Uppalapati Krishnam Raju. In the year 2015, Prabhas starred in the movie, Baahubali, which is one of the highest-grossing movies of Indian cinema, and later reprised his titular role in Baahubali 2: The Conclusion (2017), which became the first Indian film in the history of Indian cinema to gross 1000 crores INR at the box office. The huge star that Prabhas is, the actor not only has a huge fan base across India but also over the years has earned several nicknames from his fans including Darling, Mr. Perfect, Pubs, and Prabha.

Prabhas Zodiac sign is the cusp of Libra and Scorpio. 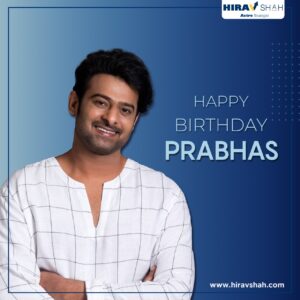 5 and 6 are favourable numbers for Birth number 5.

Hirav Shah predicts, “The year 2021 will be one of the best years of his life for actor Prabhas. He may excel in his career and sign new contracts. There will be new associations and good partnerships that may bring lots of gains and financial prosperity. Luck will favor him and his efforts throughout the year.

Actor Prabhas should look after his physical health to avoid any long term consequences. Also, some rivals may try to damage his efforts. Not to worry, he may overcome his rivals with his strong will and determination.”

Hirav Shah adds, “His upcoming films include “Radhe Shyam” and “Adi Purush” will make him on a different height in Bollywood.

Though Radhe Shyam might disappoint him a little just like his last film Saaho, his other projects will catapult him to heights of stardom. He is going to be the biggest threat in a positive note to the Three Khans in Bollywood in terms of popularity in 2021.” Healthy competition is always better for any industry.

It’s the right time to take leadership when most of the leaders become followers concludes Hirav.

I wish “Prabhas” a very happy, healthy, and eventful Birthday.