What Is The Take Away From “The Will Smith-Chris Rock” Episode ! 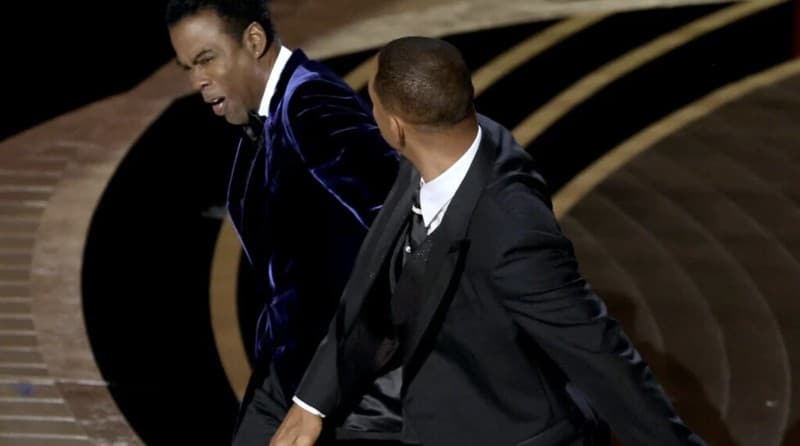 Ever since Will Smith-Chris Rock’s unpleasant encounter during the 94th Academy Awards, quality minds and thinking hats have been speaking out about the controversy all over the internet and all over the world.

The incident or the most notorious exchange happened just before Smith won Oscars for best actor, when the comedian Rock was on center stage to present the best documentary award.

Rock made a quip about something unexpected and weird. Yes, it was about Pinkett Smith’s shaved head. The joke referred to the 1997 film GI Jane. In this film Demi Moore played the titular role with a severe buzzcut.

Pinkett Smith rolled her eyes at the joke, while Smith appeared to initially smile and clap before he was seen on stage, walking up to Rock. Then what happened, “The entire world witnessed it”.

The comedian looked terribly stunned in the immediate aftermath of the notorious event, but told the shocked spectators: “That was the greatest night in the history of television.”

There are two issues here and both are equally valid.

Chris Rock’s Lack Of Sensitivity: Some comedians can play clean jokes and make the audience laugh and participate and some just can’t.

If a comedian tries to get a cheap laugh with an insult or by objectifying someone or by drawing unnecessary and unwanted attention to someone’s appearance, when it might cause offense or embarrassment, it shows that, they have descended to the lowest possible levels and are possibly desperate or have run out of content and are insufficiently prepared.

Will Smith’s Reaction: Whatever we may think of Will Smith, most people can get his outburst, at the way his wife was publicly humiliated and he very quickly regretted his behavior too.

Business Transformation Expert Hirav Shah feels that they were both improper but Chris Rock by his thoughtlessness initiated the affair.

To be violent is never the right thing. But, at least one of them had the grace to apologize in public and it wasn’t Chris Rock.

Some might say that Chris Rock didn’t know about Will Smith’s wife’s condition as if that is some sort of excuse. Maybe he did or maybe he didn’t…

Honestly, it was a sad and bad state of affairs and both were supposed to apologize. While Chris Rock crossed his line, Will Smith’s act also displayed toxic masculinity- Opines Hirav Shah.

When we become no longer interested in truth we become harmful to ourselves and those around us- Concludes Hirav Shah, India’s Most Influential Business Enhancement Leader.

Has anyone ever been stripped of an Oscar ?

Only one Academy Award has ever been revoked in the Oscars History. It was for a documentary that had been nominated in the wrong year.

Who has been kicked out of the Academy?

Only a very small number of academy members have ever been expelled. They include Harvey Weinstein, Roman Polanski, Bill Cosby and the actor Carmine Caridi.

Who has won the most Oscars ?

With 22 Oscars from 59 nominations, Walt Disney is the most decorated Oscar winner ever.

Who won the Best Actor Oscar at the 94th Academy Awards?

Will Smith won the best actor Oscar for King Richard.

Home » Predictions » Entertainment » What Is The Take Away From “The Will Smith-Chris Rock” Episode !