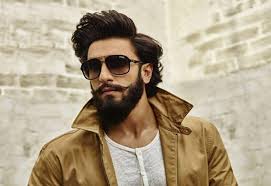 Ranveer Singh Bhavnani (Born on 06 July, 1985) is an Indian film actor who appears in Hindi-language films. After completing a bachelor’s degree from Indiana University, Bloomington, Singh returned to India to pursue a career in film.

He made his acting debut in 2010 with a leading role in Yash Raj Films romantic comedy Band Baaja Baaraat. The film emerged as a critical and commercial success, earning Ranveer Singh a Filmfare Award in the Best Male Debut category.

Being Birth Number 6, a very favorable number for media and entertainment industry. Number 6 is ruled by Venus. It gives fame, success and money.

Favorable Numbers : 3, 6, 9 are the favorable numbers for Number 6 people

Year 2010 adds to number 3 so he started his career with bang as a favorable year.

Number 6 people are very talented and good in communication. They have very high and different choice. They follow their insight very strongly. They attract towards glamour easily. They love media, films, fame, name. They respect their parents but they have their own way to get success. They are good listeners but not good followers.

Future :
Ranveer Singh will now enter into his 34th year of life. 34 adds up to number 7 and it is ruled by Ketu=Spirituality, Settlement, Sacrifice.

Ranveer Singh is currently in relationship with Deepika Padukone (Born 5 January, 1986), The relationship attracted huge media and people’s attention. Ranveer SIngh is Number 6 person and she is Number 5 person. Its very positive and compatible love. They may go to next level and may announce marriage in last quarter of 2018.

In terms of films, last half of 2018 going to be slow and constructive period for him. But 2019 which adds to 3 a very favorable number, will give him super success.

He may more focus on his personal life. He will be good in PR and Media. Mass and public will give more love to him. His 34th year will give him best of best in his life. His image building process and brand, going to increase day by day. He is going to be one of the most wanted and demanding star in Bollywood.

So overall 2018-2019 and his 34th year will be super hit in terms of personal and professional life says AstroStrategist Hirav Shah.
Wishing him very happy Birthday !