Kangana Ranaut Horoscope Analysis: “After The Failure of Thalaivi, Will 2022 Be a Wake-up Call To Kangana Ranaut?” 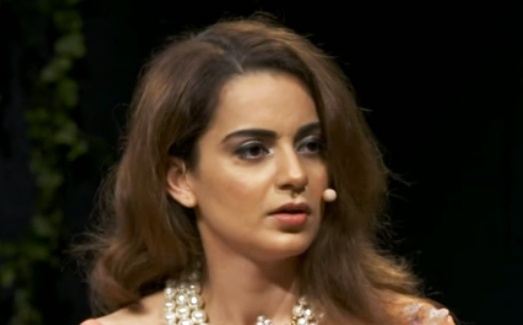 Kangana’s last few films have been disastrous, including the much-hyped Thalaivi. Her upcoming films like Tejas and Dhaakad will also face rough weather and will not be financially very successful.

Born 23 March 1987, Kangana Ranaut is an Indian actress and filmmaker who works in Hindi films. Known for her versatility and portrayal of strong women in female-centric films, she has been described in the media as one of India’s highest-paid actresses.

After being trained under theatre director Arvind Gaur, Ranaut made her feature film debut in the 2006 thriller Gangster, for which she was awarded the Filmfare Award for Best Female Debut. She received praise for portraying emotionally intense characters in the dramas Woh Lamhe (2006), life in a… Metro (2007) and Fashion (2008).

Ranaut appeared in the commercially successful films Raaz: The Mystery Continues (2009) and Once Upon a Time in Mumbaai (2010) but was criticized for being typecast in neurotic roles. A comic role in Tanu Weds Manu (2011) was well-received, though this was followed by a series of brief, glamorous roles in films that failed to propel her career forward. This changed in 2013 when she played a mutant in the science fiction film Krrish 3, one of the highest-grossing Indian films. Ranaut went on to win two consecutive National Film Awards for Best Actress for playing an abandoned bride in the comedy-drama Queen (2014) and a dual role in the comedy sequel Tanu Weds Manu: Returns (2015), which was the biggest-earning female-led Hindi film at the time. After several commercial failures, she portrayed the titular warrior in her co-directorial venture, the biopic Manikarnika: The Queen of Jhansi (2019), followed by a role as a kabaddi player in the sports film Panga (2020), followed by playing the role of Jayalalithaa in the biopic Thalaivii (2021).

In 2020, Ranaut launched her own production company named Manikarnika Films, under which she works as director and producer. She is known to be outspoken. However, the opinions she has voiced, along with reports of her personal and professional relationships, have frequently sparked controversy.

Born in Bhambla, a small town in Himachal Pradesh, Ranaut initially aspired to become a doctor at her parents’ insistence. Determined to build her own career, she relocated to Delhi at the age of sixteen and took up modeling for a brief period of time. Ranaut struggled with her meager earnings during this period, eating only “bread and achaar (pickle).” Refusing her father’s financial assistance led to a rift in their relationship, which she later regretted. Her relatives were unhappy with her decision to enter the film-making industry, and they did not correspond with her for several years. She reconciled with them after the release of life in a… Metro in 2007.

Ranaut has been the recipient of four National Film Awards: one Best Supporting Actress award for Fashion (2008) and three Best Actress awards, one each for Queen (2014) and Tanu Weds Manu Returns (2015), and the third one for her performances in both Manikarnika, the Queen of Jhansi (2019) and Panga (2020). She has also won five Filmfare Awards: Best Female Debut and a special award (“Face of the Year”) for Gangster (2006), Best Supporting Actress for Fashion, Best Actress for Queen, and Best Actress – Critics for Tanu Weds Manu Returns. In 2020, Ranaut was awarded the Padma Shri, the fourth highest civilian award, by the Government of India, for her contribution in the field of arts.

Kangana Affair had many affairs with many famous people like Aditya Pancholi, Adhyayan Suman, Hrithik Roshan. But all of them left a bitter taste in her life.

Hirav Shah adds, “Her TV show Lock Upp has met with mixed response. Kangana needs to concentrate on signing exciting projects and not on films that focus only on her. She looks glamorous and is tremendously talented, and doing mainstream commercial films will only help her elevate her stardom. 2022 will b a wake-up call for Kangana Ranaut.”

Kangana should work with a positive mindset and avoid professional jealousy.

Home » Predictions » Entertainment » Kangana Ranaut Horoscope Analysis: “After The Failure of Thalaivi, Will 2022 Be a Wake-up Call To Kangana Ranaut?”

Weekly Numerology Predictions for ENTREPRENEURS for the week (March 4 to March 10, 2022)

How Astrology Helps in Gaining an Insight Into Your Personality?

Weekly Numerology Predictions for ENTREPRENEURS for the week (March 11 to March 17, 2022)

Weekly Horoscope From March 21 to March 27, 2022 for ENTREPRENEURS by Business Astrologer™ Hirav Shah.

Emraan Hashmi Horoscope Analysis: "Will 2022 Turnout to be a Game-Changing Year for Emraan Hashmi with Tiger 3 and Selfiee?"

Weekly Horoscope From March 28 to April 3, 2022 for ENTREPRENEURS by Business Astrologer™ Hirav Shah.

Sudha Konagara Horoscope Analysis: "Will Sudha Konagara Storm Bollywood in 2022 With The Remake of Soorarai Pottru With Akshay Kumar?"

Simran Bagga Horoscope Analysis: "Is Simran Bagga Ready For Her Comeback in Bollywood in 2022?"

The list of films Releasing during Eid Weekend at the Indian Box Office.

Top Bollywood Stars Who Rejected Movies Due to Remuneration Issues

Famous Hollywood Celebrity Birthdays IN MAY 2022.