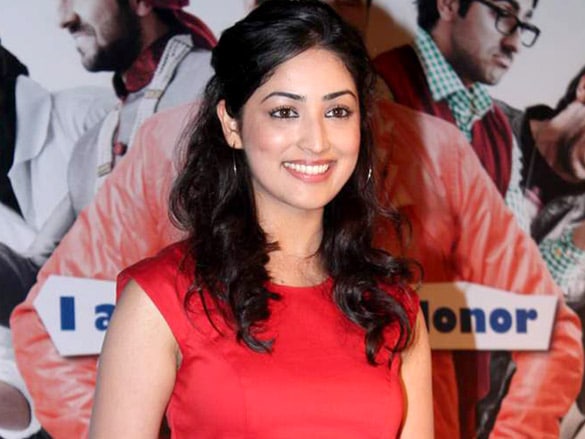 Yami Gautam Dhar (born 28 November 1988), is an Indian actress who predominantly appears in Hindi films, alongside a few Telugu and Tamil language films. She came to prominence after starring in a series of Fair & Lovely commercials. She later made her television debut in Chand Ke Paar Chalo (2008–2009) and also appeared in Yeh Pyar Na Hoga Kam (2009–2010). Following this, she appeared in several South Indian films.

Gautam made her Hindi film debut in 2012 with the romantic comedy Vicky Donor, which was a critical and commercial success. She received praise for her performance and was nominated for the Filmfare Award for Best Female Debut. She went on to star in films such as Badlapur (2015), Sanam Re (2016), Kaabil (2017), Uri: The Surgical Strike (2019), Bala (2019), and Bhoot Police (2021).

Her brand endorsements include Glow & Lovely, Cornetto, Samsung Mobile, Chevrolet, Revlon among others.

“This is a year of power and accomplishment for Yami Gautam. Actively seeking to expand, taking educated risks, and moving forward are highlighted. This is a year of opportunity, particularly in the material and business world, and opportunities need to be seized. The focus will be on the material world and her place in the world. This is a problem-solving year in which she can expect real, tangible results,” says veteran Bollywood Astrologer Hirav Shah.

Hirav Shah adds, “Yami was lastly seen in the horror-comedy “Bhoot Police” with Saif Ali Khan, Jacqueline Fernandez, and Arjun Kapoor. Unfortunately, the movie did not create a buzz or receive much appreciation from the viewers. Now Yami is likely to be seen in three more films of all different genres, including a social comedy “Dasvi”, a thriller “A Thursday”, and investigative drama “Lost”. The planetary positions in her horoscope tell that these films will do well. At present, there can be ups and downs in her professional life. However, because of Venus and Jupiter, she will be offered exciting projects. Her marital life will be smooth. She will also start a family in the near future.”

Birthday Predictions: "Should Sushmita Sen and SRK Reunite for Main Hoon Naa 2 in 2022?"

Birthday Predictions: “Will Adivi Sesh Create a Huge Mark With a Major in Bollywood?”

Birthday Predictions: "Will Bellamkonda Sai Become The Next Prabhas After Chatrapati Hindi Remake?"

Simbu Birthday Horoscope 2022 Analysis : "Will Simbu STR's Relationship With Nidhhi Agerwal Bring a Positive Change in his Life in 2022?"