Birthday Predictions: “What’s in Store for Tara Reid in 2022?” 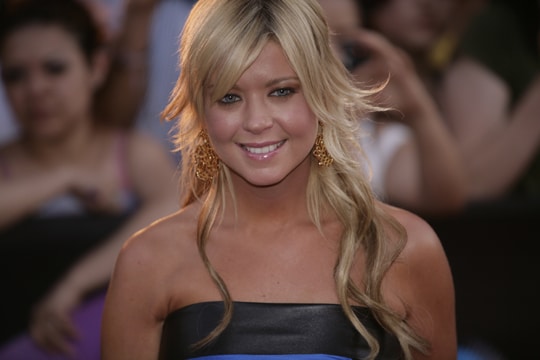 Reid began acting at age six, becoming a regular on the game show Child’s Play and appeared in over 100 commercials for corporations including Jell-O, McDonald’s, Crayola, and Milton Bradley. As a teenager, she was on Saved by the Bell: The New Class.

Reid has appeared on the cover of numerous magazines, including CosmoGirl, Rolling Stone, Seventeen, Maxim, Playboy, Stuff, and FHM. She has appeared in television commercials for Jello, McDonald’s, Dodo Australia, and Crayola.

In 2007, Reid had shares in three restaurants (Bella, Geisha House, and The Shore) and opened Ketchup, a fast-food restaurant based in Los Angeles.

Reid and Ed Hardy designer Christian Audigier designed Mantra, a clothing line that hit high-end department stores in 2009. In 2014, she released a new swimwear line and a perfume, Shark by Tara, inspired by the film franchise Sharknado.

In November 2010, Reid began dating Danish businessman Michael Lillelund. According to People, on August 14, 2011, Reid’s spokesman reported that Lillelund and she had married the day before in Greece. Lillelund denied it, saying he had not been in contact with Reid since February.

In August 2011, Reid publicized that she had married Bulgarian financier Zachary Kehayov. In October of that year, she announced that they were not legally married.

Between 2013 and 2014, Reid was dating Israeli musician Erez Eisen from the band Infected Mushroom.

In 2016, Reid and actor Dean May participated in Marriage Boot Camp: Reality Stars, but were rejected when they were revealed not to be in a relationship.

Hirav adds, “Tara Reid’s career hasn’t been going great guns but the coming few years look better for her as per the planetary positions in her horoscope.”

Birthday Predictions: "Will the 'Illegal' Neha Sharma Get Hitched in 2022?"

Birthday Predictions: Controversies, Movies, Music ...and a Lot More in Queue for Bhushan Kumar in 2022