Birthday Predictions: “Will Shankar Come Out of His Bad Phase in 2021?” 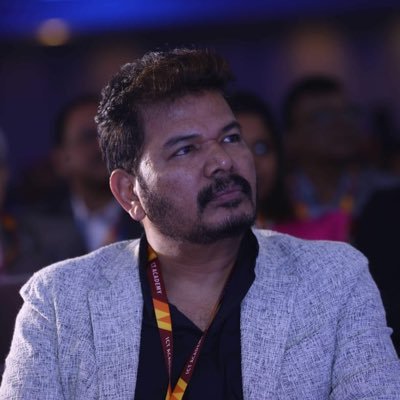 Shankar Shanmugam (born 17 August 1963), credited as S. Shankar or his mononym Shankar, is an Indian filmmaker who predominantly works in Tamil cinema. He made his debut as a director in the film Gentleman (1993), for which he won the Filmfare Best Director Award and the Tamil Nadu State Film Award for Best Director. He is one of the highest-paid film directors of India, particularly known for the extensive use of visual effects, prosthetic makeup, and state-of-art technology in songs.

Shankar’s films typically deal with contemporary social issues and vigilante themes. He usually collaborates with composer A. R. Rahman, both having done over 10 films together. Two of his films, Indian (1996) and Jeans (1998), were submitted by India for the Academy Award for Best Foreign Language Film. He was awarded an honorary doctorate by M. G. R. University.

After Nanban, it was wrongly reported that Shankar’s next film would be called Therdal. On 21 June 2012, Shankar announced his next film named I. Romantic ting revenge upon the people who turned him into a hunchback. Vikram played the lead role, collaborating with Shankar again after Anniyan (2005), while Amy Jackson was the female lead. The film, made over a period of two and half years, released on 14 January 2015 to positive reviews earned almost ₹2 billion in 19 days. Then he started working on 2.0, a sequel to Enthiran which is released on 29 November 2018 and received mixed reviews. As of February 2021, Shankar is working on the production of Indian 2, a sequel to Indian with Kamal Haasan. He has also committed to team up with actor Ram Charan under the production of Dil Raju’s Sri Venkateswara Creations.

“Shankar is one of the most legendary directors of Indian cinema who has mesmerized the audience over the decades with sheer brilliance in his films. But for the last few years, he has been facing rough weather. I, 2.0, Nanban all were not-so-successful and his film Indian 2 with Kamal Haasan also got shelved after 50% shooting. He was also slapped with a legal notice for leaving the film midway. The planetary positions in his horoscope indicate that Shankar’s upcoming films with Ram Charan and Ranveer Singh will do good but to get to the prime form he needs to take extra care. Shankar also needs to take better care about his health in the coming years,” says celebrated Movie Astrologer cum Astro Strategist™ Hirav Shah.

Home » Predictions » Entertainment » Birthday Predictions: “Will Shankar Come Out of His Bad Phase in 2021?”

How Has Technology Influenced Business Efficiency and Productivity?

Ram Charan Horoscope Analysis: "What's in Store for Ram Charan in 2022 After The Historic Success of RRR?"