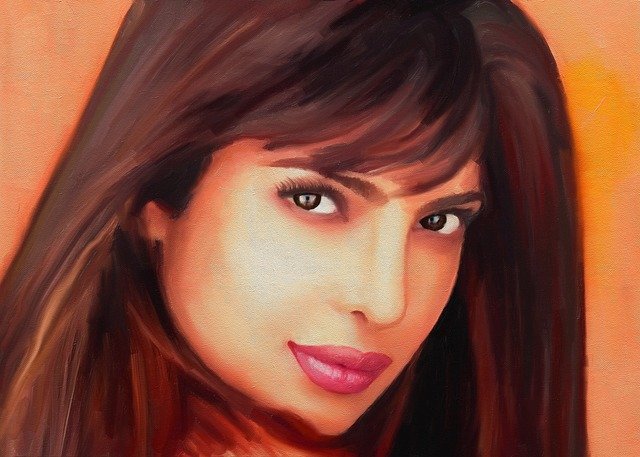 Priyanka Chopra Jonas, born 18 July 1982, is one of the most popular and hottest Indian actresses, and also a singer, and film producer. The winner of the Miss World 2000 pageant, Chopra is one of India’s highest-paid and most popular entertainers. She has received numerous accolades, including two National Film Awards and five Filmfare Awards. In 2016, the Government of India honored her with the Padma Shri, and Time named her one of the 100 most influential people in the world, and in the next two years, Forbes listed her among the World’s 100 Most Powerful Women.

Although Chopra initially aspired to study aeronautical engineering, she accepted offers to join the Indian film industry, which came as a result of her pageant wins, making her Bollywood debut in The Hero: Love Story of a Spy (2003). She played the leading lady in the box-office hits Andaaz (2003) and Mujhse Shaadi Karogi (2004) and received critical acclaim for her breakout role in the 2004 thriller Aitraaz. Chopra established herself with starring roles in the top-grossing productions Krrish and Don (both 2006), and she later reprised her role in their sequels.

Following a brief setback, Chopra garnered success in 2008 for playing a troubled model in the drama Fashion, which won her the National Film Award for Best Actress, and a glamorous journalist in Dostana. Chopra gained wider recognition for portraying a range of characters in the films Kaminey (2009), 7 Khoon Maaf (2011), Barfi! (2012), Mary Kom (2014), Dil Dhadakne Do (2015) and Bajirao Mastani (2015). From 2015 to 2018, she starred as Alex Parrish in the ABC thriller series Quantico and returned to Hindi cinema with the biopic The Sky Is Pink (2019). Chopra has also acted in a number of Hollywood films, most notably in the satirical drama The White Tiger (2021), which she also executive produced.

Chopra also promotes social causes such as environment and women’s rights and is vocal about gender equality, the gender pay gap, and feminism. She has worked with UNICEF since 2006 and was appointed as the national and global UNICEF Goodwill Ambassador for child rights in 2010 and 2016, respectively. Her namesake foundation for health and education works towards providing support to unprivileged Indian children. As a recording artist, Chopra has released three singles and provided vocals for a number of her film songs. She is also the founder of the production company Purple Pebble Pictures, under which she has produced several regional Indian films, including the acclaimed Marathi film Ventilator (2016). Despite maintaining privacy, Chopra’s off-screen life, including her marriage to American singer and actor Nick Jonas, is the subject of substantial media coverage. In 2021, she published her memoir Unfinished, which reached The New York Times Best Seller list.

Priyanka Chopra is entering the 40th year of her life, 4+0= 4 which is ruled by Rahu.

“It is sad to see someone as beautiful and talented as Priyanka Chopra not doing enough films in India. 2022 first half is a good time for Priyanka Chopra to make a grand comeback to Bollywood. Superstars like SRK, Salman, Aamir, Akshay Kumar are lacking a solid heroine in their films and Priyanka will be the best choice. Hollywood will never give the kind of love and adulation that her Indian fans have given her. Bollywood is her home and she should seriously try to make a comeback. Her marital life with Nick Jonas will be blissful and the couple might expect a baby in the 2022,” says eminent Bollywood Astrologer cum Astro Strategist™ Hirav Shah.