Birthday Predictions: “Will Nagarjuna Make a Stunning Comeback With Brahmastra and Bangarraju in 2021-22?” 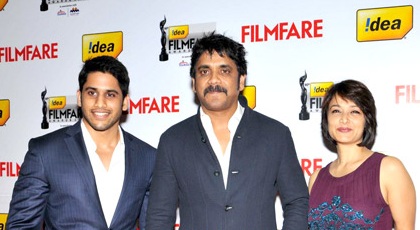 Akkineni Nagarjuna (born 29 August 1959) is an Indian actor, film producer, television presenter, and entrepreneur. Nagarjuna has acted in over 100 films, predominantly in Telugu, along with a few Hindi and Tamil language films. He has received nine state Nandi Awards, three Filmfare Awards South, and two National Film Awards namely, for Ninne Pelladata (1996), which he produced won the Best Feature Film in Telugu and a Special Mention as an actor for Annamayya (1997).

In 1989, he starred in the Mani Ratnam-directed romantic drama film Geetanjali, which won the National Film Award for Best Popular Film Providing Wholesome Entertainment. The following year, he acted in Siva, an action drama blockbuster directed by Ram Gopal Varma, which premiered at the 13th International Film Festival of India.[4] In 1990, he made his Bollywood debut with the Hindi remake of Shiva.

He is well known for his works in biographical films, he played 15th-century composer Annamacharya in Annamayya (1997), Yavakri (the son of the ascetic Bharadwaja) in Agni Varsha (2002), Major Padmapani Acharya in the war film LOC Kargil (2003), 17th-century composer Kancherla Gopanna in Sri Ramadasu (2006), Suddala Hanmanthu in Rajanna (2011), Sai Baba of Shirdi in Shirdi Sai (2012), Chandaludu in Jagadguru Adi Sankara (2013), and Hathiram Bhavaji in Om Namo Venkatesaya (2017).

In 2013, he represented the Cinema of South India at the Delhi Film Festival’s 100 Years of Indian Cinema’s celebration, alongside Ramesh Sippy and Vishal Bhardwaj from Bollywood. In 1995, he ventured into film production, with a production unit operating in Seychelles, and was a co-director of an Emmy Award-winning film animation company called Heart Animation. Nagarjuna is the co-owner of the production company Annapurna Studios. He is also the president of the non-profit film school Annapurna International School of Film and Media based in Hyderabad.

“Nagarjuna’s career has been in doldrums for the last few years. Films like Officer, Wild Dog, Manmadhudu 2 have been disasters. According to the planetary positions in his horoscope, the bad time of Nagarjuna is over and he will see good days again. His upcoming films Brahmastra, Bangarraju, and a film with Praveen Sattaru will bring him back in the ‘hit’ league. It is the best time for him to star in exciting web series like The Family Man in Telugu. Nagarjuna should also revive his production house Annapurna films this year. His stint as an anchor in Bigg Boss Telugu will also be received well. He should also concentrate on his health,” says eminent Movie Astrologer cum Astro Strategist™ Hirav Shah.

Home » Predictions » Entertainment » Birthday Predictions: “Will Nagarjuna Make a Stunning Comeback With Brahmastra and Bangarraju in 2021-22?”