Birthday Predictions: “Acharya, Bholaa Shankar, or Godfather…Which One of These Will Be Megastar Chiranjeevi’s Biggest Hits?” 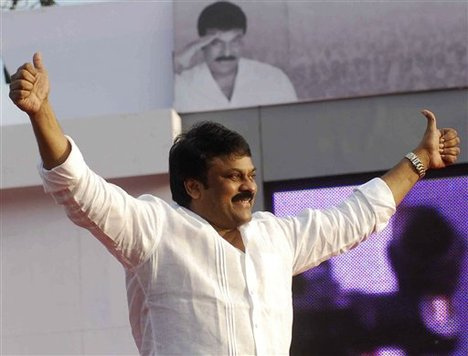 Chiranjeevi (born Konidela Siva Sankara Vara Prasad; 22 August 1955) is an Indian actor and former politician. Chiranjeevi starred in over 150 feature films, primarily in Telugu cinema. In a film career spanning thirty-nine years, he won three Andhra Pradesh State Nandi Awards, a Raghupathi Venkaiah Award, and nine Filmfare Awards South. In 2006, he was honored with the Padma Bhushan, India’s third-highest civilian award, for his contributions to Indian cinema and was presented with an honorary doctorate from Andhra University. He served as the Minister of Tourism for the Government of India from 2012 and 2014.

Chiranjeevi is widely regarded as one of the most popular actors in the history of Indian cinema. He has a significant following globally. Chiranjeevi began his acting career in 1978 with Punadhirallu. However, Pranam Khareedu was released earlier at the box office. He is the first Indian actor to start a personal website on the internet. In 1999, Chiranjeevi was almost going to star in a Hollywood film – The Return of the Thief of Baghdad, but the shooting came to a halt for undisclosed reasons. In 1987, he starred in Swayamkrushi which was dubbed into Russian and was screened at the Moscow International Film Festival. Chiranjeevi won the 1988 Indian Express Best Actor Award and the state Nandi Award for Best Actor awards for his performance in the film. In 1988, he co-produced Rudraveena which won the National Film Award for Best Feature Film on National Integration.

Chiranjeevi’s 1992 film Gharana Mogudu, directed by K. Raghavendra Rao, is the first south Indian film to collect over ₹10 crores (equivalent to ₹62 crores or US$8.7 million in 2019) share at the box office. The film was screened at the 1993 International Film Festival of India in the mainstream section. It made Chiranjeevi the highest-paid actor in India at the time catapulting him to the cover pages of national weekly magazines in India. The entertainment magazines Filmfare and India Today named him “Bigger than Bachchan”, a reference to Bollywood’s Amitabh Bachchan. News magazine The Week hailed him as “the new money machine”. He was paid ₹1.25 crore (equivalent to ₹7.7 crores or US$1.1 million in 2019), the highest fee for any Indian actor, for the 1992 film Aapadbandhavudu. In 2002, Chiranjeevi was given the Samman Award for being the highest Income Taxpayer for the 1999–2000 assessment year by the Minister of State for Finance. A poll conducted by CNN-IBN in 2006 named Chiranjeevi the most popular star of the Telugu film industry.

In 2008, Chiranjeevi founded the Praja Rajyam Party and contested in the 2009 Andhra Pradesh election. The party won 18 out of 294 seats and was later merged into the Indian National Congress in 2011. Chiranjeevi was appointed as the Minister of State with independent charge for the Ministry of Tourism on 27 October 2012 and served until 15 May 2014. In 2013, he inaugurated the Incredible India Exhibition, a joint participation of the Ministry of Tourism and Ministry of Information and Broadcasting at the 66th Cannes Film Festival. Chiranjeevi represented Incredible India at the 14th International Indian Film Academy Awards ceremony held in Macau. In 2013, IBN LIVE named him as one of “the men who changed the face of Indian Cinema”.

Home » Predictions » Entertainment » Birthday Predictions: “Acharya, Bholaa Shankar, or Godfather…Which One of These Will Be Megastar Chiranjeevi’s Biggest Hits?”

Weekly Horoscope From March 14 to March 20, 2022 for ENTREPRENEURS by Business Astrologer™ Hirav Shah.