Birthday Predictions: “Will Karan Johar Fight Against All Odds and Emerge Victorious in 2021?” 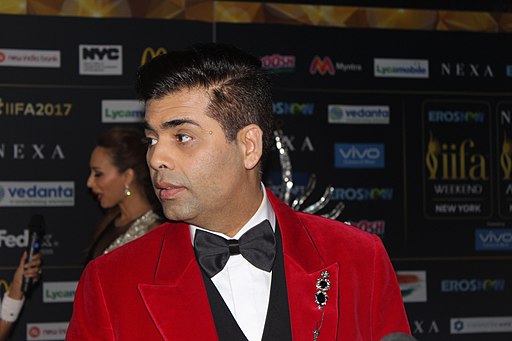 Karan Kumar Johar (born Rahul Kumar Johar, 25 May 1972), often informally referred to as KJo, is one of the most prolific Indian film directors, and also a producer, screenwriter, costume designer, actor and television personality who works in Hindi films.

Johar has also ventured successfully into other avenues of the entertainment industry. He hosts a television talk show, Koffee with Karan, a dating show What the Love! and a radio show Calling Karan, and appeared as a judge on competition reality shows Jhalak Dikhhla Jaa, India’s Got Talent, India’s Next Superstars.

In 2020, he was conferred with the Padma Shri award, the fourth-highest civilian honour of India.

Karan Johar is entering the 50th year of his life, 5+0= 5 which is ruled by Mercury.

“The planetary positions in KJO’s horoscope does not look to be very encouraging for any of his projects, even as a director. His much ambitious film Takht got shelved and he is planning to start a film with Ranveer Singh and Alia Bhatt soon. There are a lot of controversies going on against him which will prove to be a bit of a problem for him. However, as the year will come to an end and till Karan’s next birthday, he will have a favourable year. Karan Johar will be acting more as a producer or executive producer, during the next year. Karan will be able to shut the mouths of many people in 2023 for sure, ” says noted Bollywood astrologer Hirav Shah.

Home » Predictions » Entertainment » Birthday Predictions: “Will Karan Johar Fight Against All Odds and Emerge Victorious in 2021?”