Birthday Predictions: “Will Fahadh Faasil Change The Game With His Villain Role in Pushpa?” 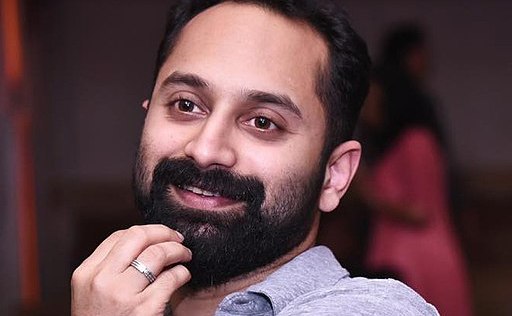 Fahadh Faasil, born on 8 August 1982, is one of the finest Indian actors and a producer who predominantly works in Malayalam films. He has acted in more than 50 films and has received several awards, including a National Film Award, four Kerala State Film Awards, and three Filmfare Awards South. Fahadh is the son of filmmaker Fazil.

Fahadh began his film career at the age of 19 by starring in the leading role in his father Fazil’s 2002 romantic film Kaiyethum Doorath, which was a critical and commercial failure. After a gap of 7 years, Fahadh made his comeback with the anthology film Kerala Cafe (2009), in the short film Mrityunjayam. He attained public attention for his role as Arjun in the thriller film Chaappa Kurishu (2011).

Fahad won his first Kerala State Film Award, the Best Supporting Actor Award for his performance in Chaappa Kurishu along with his performance in Akam. He achieved critical acclaim and recognition for his roles as Cyril in 22 Female Kottayam (2012) and Dr. Arun Kumar in Diamond Necklace (2012). He won his first Filmfare Award for Best Actor for his role in 22 Female Kottayam.

Fahadh achieved further critical and commercial success for his films in 2013, including his performances in the romantic-drama film Annayum Rasoolum, the black-comedy satire film Amen, the road movie North 24 Kaatham, the drama film Artist, and the romantic-comedy Oru Indian Pranayakatha. He won the Kerala State Film Award for Best Actor for his performances as Michael in Artist and Harikrishnan in North 24 Kaatham. He also won his second Filmfare Award for Best Actor for his role in North 24 Kaatham. He followed it up by starring as Shivadas in the coming-of-age drama film Bangalore Days (2014), which ranks among the highest-grossing Malayalam films. He produced and starred as Aloshy in the 2014 period film Iyobinte Pusthakam under his production company, Fahadh Faasil and Friends Pvt Ltd.

He won the National Film Award for Best Supporting Actor for his performance in Thondimuthalum Driksakshiyum (2017) and his third Filmfare Award for Best Actor – Malayalam. In 2018, he acted as Prakashan in the film Njan Prakashan which ranks among the highest-grossing Malayalam films, and as Aby in the film Varathan. In 2021, Fahadh portrayed the titular anti-hero role in the crime drama Joji which received acclaim and later received nationwide acclaim from critics for his performance in the political drama Malik.

“Fahadh has been giving some of the most brilliant films with groundbreaking performances like Malik, Trance, Joji in the last few years which has taken the country by storm. According to the planetary positions in his horoscope, Fahadh will see even better stardom in the coming days with films like Pushpa and Vikram. His evil role in Pushpa will take his pan-India level stardom to the next level. Fahadh’s personal life will be smooth in 2021 and he needs to take care of his health,” says Movie Astrologer and Astro Strategist™ Hirav Shah.

Oh I failed, No I learnt. If you are willing to learn, then no decision is a failure.