Birthday Predictions: “How Will The Birth of Louise Jean Affect Emma Stone’s Career and Life?” 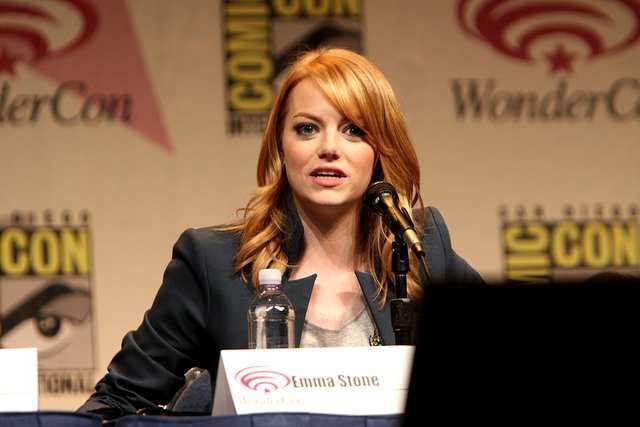 Emily Jean “Emma” Stone, born November 6, 1988, is an American actress. She is the recipient of various accolades, including an Academy Award, a British Academy Film Award, a Screen Actors Guild Award, and a Golden Globe Award. In 2017, Stone was the world’s highest-paid actress and was named by Time magazine as one of the 100 most influential people in the world.

Born and raised in Scottsdale, Arizona, Stone began acting as a child in a theater production of The Wind in the Willows in 2000. As a teenager, she relocated to Los Angeles with her mother and made her television debut in In Search of the New Partridge Family (2004), a reality show that produced only an unsold pilot. After small television roles, she appeared in a series of teen comedy films that received positive media attention, such as Superbad (2007), The House Bunny (2008), Zombieland (2009), and Easy A (2010) – Stone’s first leading role, earning her nominations for the BAFTA Rising Star Award and the Golden Globe Award for Best Actress. This breakthrough was followed with further success in the romantic comedy Crazy, Stupid, Love (2011) and the drama The Help (2011).

Stone gained wider recognition as Gwen Stacy in the 2012 superhero film The Amazing Spider-Man and its 2014 sequel. She went on to voice the lead female character Eep in The Croods (2013) and its 2020 sequel. Stone was nominated for the Academy Award for Best Supporting Actress for playing a recovering drug addict in the black comedy Birdman (2014), and her Broadway debut came in a revival of the musical Cabaret (2014–2015). For her performance as an aspiring actress in the romantic musical La La Land (2016), Stone won an Academy Award, a BAFTA Award, a Screen Actors Guild Award, and a Golden Globe Award, all for Best Actress. She portrayed Billie Jean King in the biographical sports film Battle of the Sexes (2017) and Abigail Masham in the historical comedy-drama The Favourite (2018), receiving additional Academy Award and BAFTA Award nominations for the latter. She has since starred in the Netflix dark comedy miniseries Maniac (2018), the comedy sequel Zombieland: Double Tap (2019), and the crime comedy Cruella (2021). She is married to comedian and writer Dave McCary, with whom she has a daughter.

Hirav adds, “Emma is one of the most gorgeous and talented actresses of this generation. According to the planetary positions in her horoscope, her professional career will touch peaks in the next few months. Her upcoming film “Poor Things” will do well and she will sign exciting projects. On the personal front, the birth of daughter Louise Jean will bring compassion and stability in her married life.”

Birthday Predictions: "Is It Time For Leonardo Di Caprio To Jump Into Blockbuster Genre in 2022?"