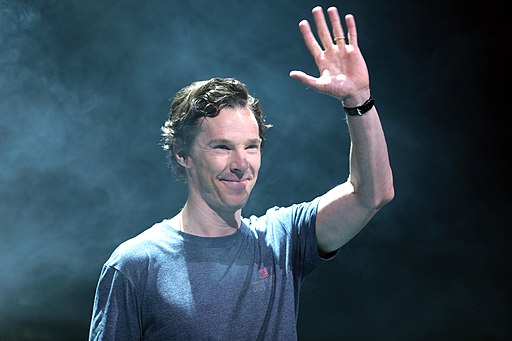 Benedict Timothy Carlton Cumberbatch CBE (born 19 July 1976) is an English actor. Cumberbatch is known for his performances on the stage and screen and has received numerous accolades, including an Emmy Award, a BAFTA, and an Olivier Award. In 2014 Time magazine included him in its annual list of the 100 most influential people in the world, and in 2015 he was appointed a CBE by Queen Elizabeth II in the 2015 Birthday Honours for services to the performing arts and to charity.

A graduate of the Victoria University of Manchester, he continued his training at the London Academy of Music and Dramatic Art, obtaining a Master of Arts in Classical Acting. He first performed at the Open Air Theatre, Regent’s Park in Shakespearean productions, and made his West End debut in Richard Eyre’s revival of Hedda Gabler in 2005. Since then, he has starred in the Royal National Theatre productions After the Dance (2010) and Frankenstein (2011). In 2015, he played the title role in Hamlet at the Barbican Theatre.

Cumberbatch’s television work includes his performance as Stephen Hawking in the television film Hawking in 2004. He gained worldwide recognition for his performance as Sherlock Holmes in the BBC series Sherlock from 2010 to 2017. He has also headlined Tom Stoppard’s adaptation of Parade’s End (2012), The Hollow Crown: The Wars of the Roses (2016), Patrick Melrose (2018), and Brexit: The Uncivil War (2019). In the film,

Home » Predictions » Entertainment » “What is in Store for ‘Doctor Strange’ Benedict Cumberbatch in 2021-22?”