Birthday Predictions: “Will Amala Paul Marry The Second Time in 2021-22?” 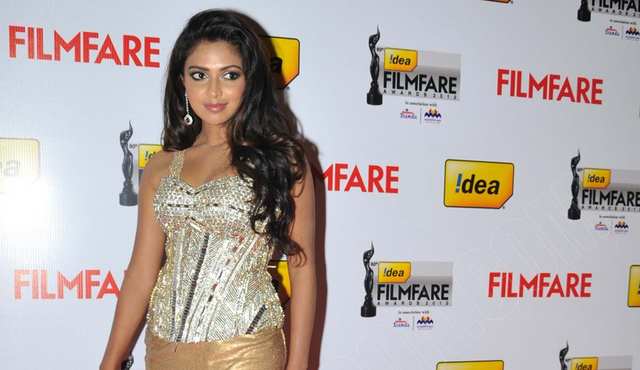 Amala Paul (born 26 October 1991) is one of the most talented and hottest actresses who mainly appears in Tamil, Malayalam, and Telugu films. She made her Kannada debut in the film Hebbuli, opposite Sudeep. After appearing in a supporting role in the Malayalam-language film Neelathamara, Amala became noted for playing the title role in Mynaa, receiving critical acclaim for her work.

The romantic drama film Mynaa (2010), by Prabhu Solomon, made Amala Paul a recognized actress in the industry. The film had garnered much anticipation prior to release, with noted distributors Udhayanidhi Stalin and Kalpathi S. Aghoram purchasing the rights of the film after being impressed with it. Amala played the village belle Mynaa, attaining unanimous praise from critics for her portrayal; a critic labeled her work as “outstanding” and that she put in a “riveting performance”, while other reviews claimed she had “immense talent” and scores in “every instance” in the title role. The film, which also saw her gain recognition from noted actors Kamal Haasan and Rajinikanth, subsequently became a large commercial success at the box office. Amala gained recognition from several award committees and notably secured the Vijay Award for Best Debut Actress, while also gaining nominations in the Best Actress category at the Filmfare Awards and the Vijay Awards.

Amala had changed her on-screen name to Anakha, on director Samy’s insistence, who cited that another actress, Amala had already made her name popular. However, after the failure of her 2011 film Sindhu Samaveli, she reverted to her birth name, since she felt that the replacement had brought her bad luck.

As early as 2011, when Amala was working on Deiva Thirumagal, she was romantically linked to director A. L. Vijay denied that the pair were dating. On 7 June 2014, she got engaged to Vijay at Aluva in Kochi. The couple got married on 12 June 2014 at Mayor Ramanathan Chettiar Hall, Chennai. In 2016, Amala and Vijay filed for a divorce due to a disagreement between her and her in-laws on continuing her acting career. They were granted divorce in 2017.

In January 2018, Amala was arrested for tax evasion. A crime branch investigation had found that she had registered her luxury car in Puducherry with fake documents. Later, the case was closed citing jurisdictional issues.

“This is a year of discovery and freedom. It’s a time when exploration and reaching out to others brings opportunities. It’s a good time to advertise, promote, and sell. Surprises are in store, and the routine is broken for the better. This is a year when exciting relationships can be formed; or, if she is already in a partnership, new life is breathed into the relationship,” says celebrated Movie astrologer and Astro Strategist™ Hirav Shah.

Hirav adds, “Amala Paul is tremendously talented and hot. But she isn’t getting the kind of offers she deserves. But the future looks bright. According to the planets in her horoscope, Amala Paul is going to sign some exciting projects. It can also be predicted that she will float her own production house. Her personal life would be exciting as she might find love and also tie the knot for the second time.”

Why Goal Setting Is Easier Than Everyone Thinks!

Yash Horoscope Analysis : "What Should Be Rocking Star Yash's Strategy in 2022 After KGF Series?"