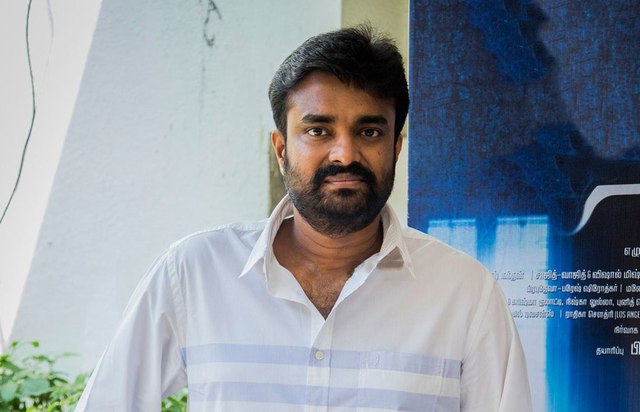 A. L. Vijay, credited by his mononym Vijay, (born 18 June 1979) is an Indian film director who works in the Tamil film industry. An assistant director with Priyadarshan, he debuted as a director with films such as Kireedam and the critically acclaimed Madrasapattinam. Vijay later directed big-budget films Deiva Thirumagal and Thaandavam, starring Vikram in both films. His father A. L. Azhagappan was the President of Tamil Nadu Producers Council and appeared in the film Eesan. His brother is the actor Udhaya.

On 26 April 2014, Vijay said that he was in a relationship with actress Amala Paul. On 7 June 2014, he got engaged to Amala in Aluva, Kochi. The couple got married on 12 June in Chennai. In July 2016, they decided to separate, and in February 2017, they were declared officially divorced.

AL Vijay who started his career with promising films like Kireedam, Madrasapattinam, Deiva Thirumagal, has now been making mediocre films for quite some time. He needs to get back into his groove and deliver some solid films which not only get box-office success but critical acclaim as well.

“His upcoming film Thalaivi in 2021 with Kangana Ranaut has been making headlines for all the right and wrong reasons. The film will get applause from a certain section of the audience but the critics will also be harsh on AL Vijay’s storytelling and direction. After Thalaivi he will get a chance to direct more Bollywood films and he will have to use this opportunity well. His personal life went into doldrums after the messy divorce with Amala Paul in 2017 but his current marital status will provide him with solace and bliss this year, ” says famous Astro Strategist™ cum Business Astrologer™ Hirav Shah.

Happy Birthday, AL Vijay and all the best for Thalaivi!