Birthday Predictions: “Will The Success of 83 Help Jiiva Make a Mark in Bollywood in 2022?” 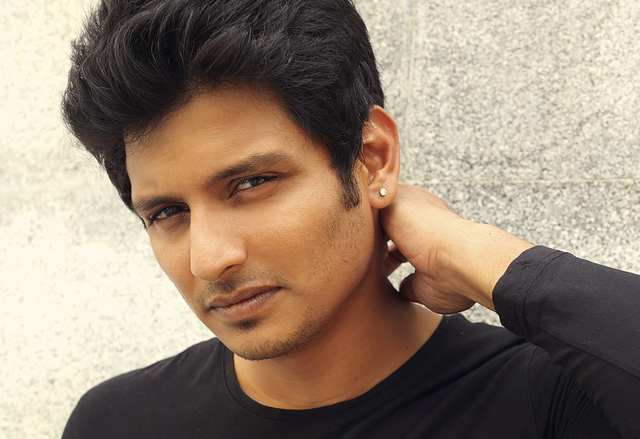 Amar Choudary (born 4 January 1984), known professionally as Jiiva, is an Indian actor and film producer who works mainly in Tamil cinema. He is the youngest son of film producer R. B. Choudary. He began his career as a child actor in 1991 in films produced by his father. He made his debut as a lead actor in his father’s 50th production, Aasai Aasaiyai (2003). After Sivaji Ganesan, Jiiva is the only Tamil actor to have been awarded at the Cyprus International Film Festival, particularly for his performance in Raam (2005).

Jiiva took a break for a year in 2015 and returned with three releases in 2016. He starred in his 25th film Pokkiri Raja, which opened to mixed to negative reviews. His next film was the long-delayed Thirunaal in which he united with Nayantara for the second time. He was next seen in a romantic comedy, Kavalai Vendam (2016), directed by Deekay, where he was paired opposite Kajal Aggarwal. The movie had mixed reviews. “Jiiva seems like the perfect choice for the role, being effortlessly flippant, funny, and intensely emotional”, said Rediff.com’s review.[16]

His 2017 release, Sangili Bungili Kadhava Thorae, a horror-comedy by debut director Ike, received mixed reviews to positive reviews and performed well at the box office.[17] His next movie was Kalakalappu 2 (2018), directed by Sundar C., released in February. Jiiva was seen alongside Shiva, Jai, Nikki Galrani, and Catherine Tresa. A comedy entertainer, the movie received mixed reviews but performed well at the box office and was a super hit.

Jiiva’s next film Kee, a cyber-thriller, released in May 2019 was received with mixed reviews, had an average run at the box office. Jiiva’s next film Gorilla, directed by Don Sandy released in July 2019. This film had a chimpanzee in a key role which was the first-ever instance in Indian film history. It was also revealed that the chimpanzee named Kong was hired from the Samut training station of Thailand. Most of the sequences related to the chimpanzee were shot in Thailand and the remaining portions were shot in Chennai.

He made his Hindi cinema debut with the film 83 (2021), in which he portrayed cricketer Krishnamachari Srikkanth.

HIrav Shah adds, “Jiiva is going through one of the best phases of his career. His latest film 83 won him tremendous acclaim across the world. As per the planetary positions in his horoscope, his upcoming films Methavi and Golmaal will do very well. He needs to build his fanbase some more before he ventures out into Bollywood full-fledged. His family life will be smooth and he might become a father for the second time soon.”

Home » Predictions » Entertainment » Birthday Predictions: “Will The Success of 83 Help Jiiva Make a Mark in Bollywood in 2022?”

Birthday Predictions: “Will Adivi Sesh Create a Huge Mark With a Major in Bollywood?”

Birthday Predictions: "Acting or Directing... What Would Be The Best for Farhan Akhtar in 2022?"

Birthday Predictions: “Thanks to His Looks and Physique, Can Varun Tej Be The Next Prabhas in 2022?”

Cricketer Parthiv Patel Horoscope Analysis: Will 2022 Be A Favorable Year For Parthiv!