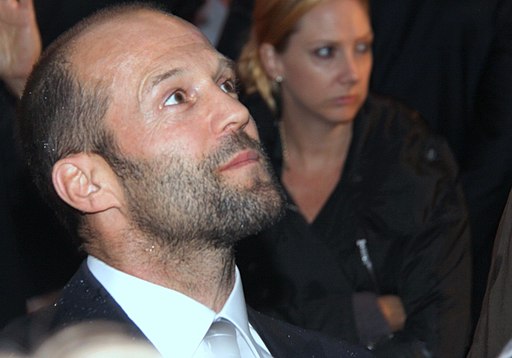 Jason Statham, born 26 July 1967, is a hugely popular English actor. Typecast as the antihero, he is known for his action-thriller roles and portraying tough, irredeemable, and machiavellian characters.

Born in Shirebrook, Derbyshire, he began practicing kung fu, kickboxing, and karate recreationally in his youth while working at local market stalls. An avid footballer and diver, he was a member of Britain’s national diving team, competing for England in the 1990 Commonwealth Games. Shortly after, he was asked to model for French Connection, Tommy Hilfiger, and Levi’s in various advertising campaigns. Statham’s past professional history working in market stalls inspired his casting in the Guy Ritchie crime films Lock, Stock and Two Smoking Barrels (1998) and Snatch (2000).

His acting career has been criticized for lacking depth and variety; however, he has also been praised for leading the 2000s and 2010s action film resurgences. According to a BBC News report, his film career from 2002 to 2017 generated an estimated US$1.5 billion (£1.1 billion) in ticket sales, making him one of the film industry’s most bankable stars.

“Jason is a hugely popular action star not just in western countries but also in India. His Expendable series films, The Meg, Fast and Furious series have gained a cult status among his fans. 2021 and the next few years are going to be fruitful to Jason Statham. His next film Five Eyes with a genius director like Guy Ritchie will be amongst his best films. Jason Statham is quite capable of acting in Superhero films and he should look on to act in some of Marvel and DC films. Jason’s personal and health life will also be stable in 2021,” says prominent Hollywood Astrologer cum Astro Strategist™ Hirav Shah.

Footballer Manuel Neuer Horoscope Analysis: Will 2022 Be A Favorable Year For Manuel !

Work Hard in silence, let your success be the NOISE