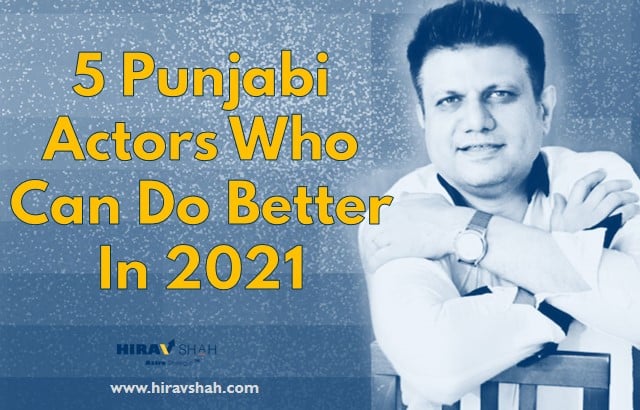 While there are stars, superstars, mega stars and super duper stars who are Punjabis and are ruling the Hindi Film Industry, there are some who might not be that big “stars” but they have everything in them to reach out for the “sky”.

Five of them are listed by Eminent Film Astrologer, Hirav Shah below. 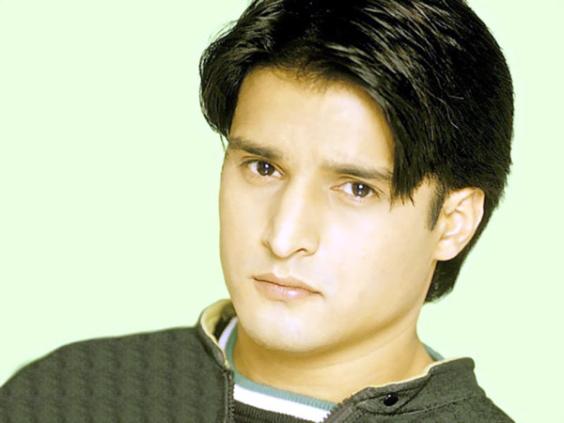 Past of Jimmy Sheirgill : Sheirgill began his film career with the 1996 thriller Maachis. His breakthrough came with the blockbuster musical romance Mohabbatein (2000), which became the highest-grossing Bollywood film of the year, following which he starred in several other box-office hits.

Future of Jimmy Sheirgill : Rangbaaz Phirse and Your Honor are some of his recently concluded web series. Jimmy Sheirgill will next be seen in the Bollywood comedy-drama “Dum Dum Diga Diga”. 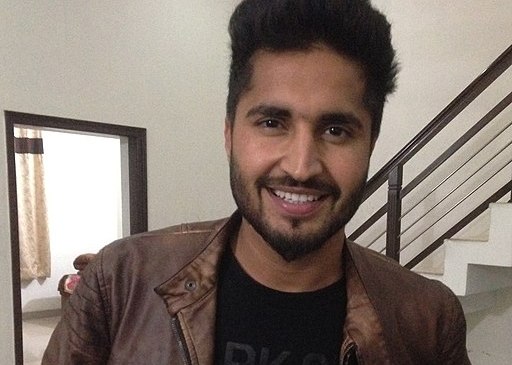 Past of Jassi Gill : Gill made his acting debut on the big screen in Mr & Mrs 420. He followed this up with Dil Vil Pyar Vyar. He paired with Roshan Prince and Simran Kaur Mundi in the romantic comedy Mundeyan Ton Bachke Rahin.

Present of Jassi Gill : He debuted in Hindi cinema with the 2018 film Happy Phirr Bhag Jayegi, alongside Sonakshi Sinha, Diana Penty and Jimmy Sheirgill. It was released on 24 August 2018. In 2020, he acted in Panga, starring alongside Kangana Ranaut. He has been earning good reviews for his performances in Bollywood as well.

Future of Jassi Gill : He will next be seen in 2021 film Sonam Gupta Bewafa Hai co-starring Surbhi Jyoti in her debut film. He has loads of offers from the web world but shoot will only start post lockdowns.

Past of Gippy Grewal : Grewal made his film debut in a supporting role in 2010 Punjabi-language film Mel Karade Rabba. He followed that up with a lead role in Jihne Mera Dil Luteya which became the biggest hit in Punjabi cinema when it was released. In April 2012 his film Mirza – The Untold Story released with the highest opening for a Punjabi film at the time.

His next movie Carry On Jatta released in July 2012 and had the second highest opening and total collections for Punjabi film. In 2013, Grewal released the action film Singh vs Kaur, comedy film Lucky Di Unlucky Story and Best of Luck and the comedy movie Bhaji in Problem.

In 2014, he appeared in the dramatic thriller Jatt James Bond. His second film of 2014 was the comedy film Double Di Trouble.

He dubbed a voice in the Punjabi version of A Good Day to Die Hard which was the first Hollywood movie to be dubbed in Punjabi.

In 2015, Grewal entered Bollywood with a guest appearance in the comedy-drama film Dharam Sankat Mein. He then made his full acting debut in Bollywood with the romantic-comedy film Second Hand Husband.

Present of Gippy Grewal : In September 2017 Gippy Grewal starred in his most recent Hindi movie, Lucknow Central, along with Farhan Akhtar.
Then, the next year, Carry on Jatta 2, a Hit punjabi comedy film released, which was commercially acclaimed.

Future of Gippy Grewal : Manje Bistre 3, Paani Ch Madhaani, Phatte Dinde Chakk Punjabi are his upcoming films in Punjabi as an actor. Meanwhile, he has also been very busy as a director and a singer all these years. He will also be directing some amazing web series in Punjabi, in times to come. 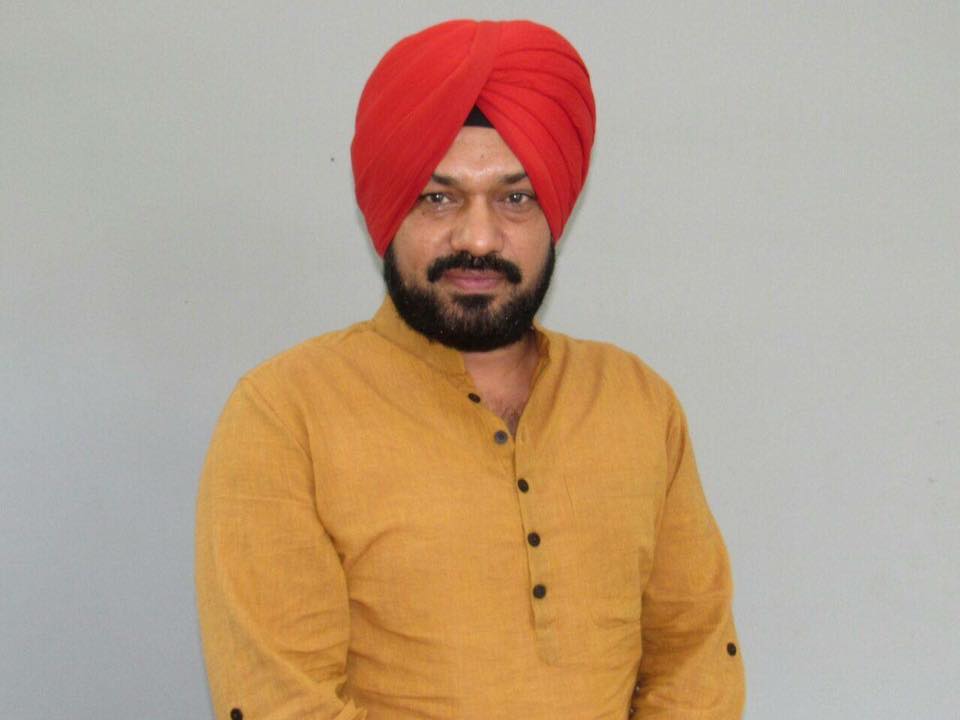 Past of Gurpreet Ghuggi : Ghuggi began his career by acting in theatre in the early 1990s, after which he had recurring roles in television series such as Ronak Mela and the soap opera Parchhaven.

He gained international public recognition with comedic leading roles through his videos Ghuggi Junction (2003) and Ghuggi Shoo Mantar (2004), before beginning his film career by starring as Patwari Jhilmil Singh in Asa Nu Maan Watna Da (2004). He starred in the film Carry On Jatta (2012), and was praised for his meaningful leading role in Ardaas (2015).

Present of Gurpreet Ghuggi : Alongside working in Punjabi cinema movies, Ghuggi has appeared in a few Bollywood and Canadian cinema films such as Singh Is Kinng and Breakaway. He received public recognition in India through his participation in The Great Indian Laughter Challenge, a reality show on STAR One. Later Ghuggi appeared with his wife, Kuljeet Kaur, on Star One’s Hans Baliye and won the contest.

Future of Gurpreet Ghuggi : Currently he is filming for Paani Ch Madhaani. A couple of Hindi and Punjabi films are also in the pipeline. 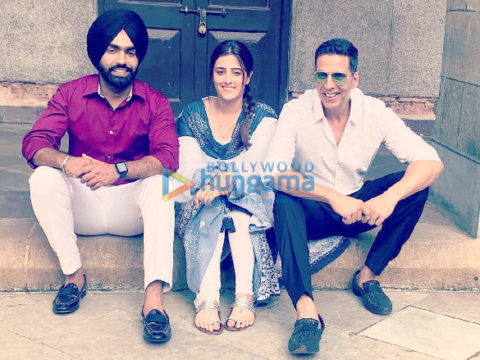 Past of Ammy Virk : He started his acting career with the role of Hakam in the historical romance Punjabi film Angrej (2015) for which he won Best Debut Actor Award at PTC Punjabi Film Awards.

Also, he starred in other films including Bambukat, Ardaas, Nikka Zaildar, Laung Laachi and Qismat. He was described as one of the most loved characters of Punjabi cinema.

Present of Ammy Virk : In 2019, his films Muklawa and Nikka Zaildar 3 were released. In Muklawa he co-starred with Sonam Bajwa. Also, in the same year his Chhalle Mundiyaan was released and Guddiyan Patole starring Gurnam Bhullar on other hand was produced by him.

Future of Ammy Virk : His films Angrej and Qismat are one of the highest grossing Punjabi films of all time. He is making his Bollywood debut with film 83 (2020) directed by Kabir Khan based on the 1983 Cricket World Cup.

It won’t be wrong to say that Punjabi is rooted deep within Bollywood, as a matter of fact, the very first Hindi film was actually made by Punjabis!

Bollywood has always seen Punjabis riding the high tide be it the yesteryear cinema or modern one and even today, one can easily make out how every film craves Punjabism in it.

On that note, the Punjabi actors mentioned above are hard working, smart working, talented and dedicated.They just need to choose their scripts and stories well.

In these challenging times, many businesses have taken an upward turn in terms of revenue.

But this is the truth !!
There are numerous testimonies for this.

And if you are wondering how?
Then the answer is Hirav Shah’s Astro-StrategyTM

Through Hirav Shah’s invaluable Astro-Strategic advice, businesses have been able to carefully analyze what opportunity exists in the future and how it might evolve over time…

Hirav Shah has been a leader in India and also has made a name for himself globally, by helping transform businesses across all sectors. You name any sector, and he has touched them all, with his direction and consultation.

Compatibility of Aquarius Zodiac Sign for Business and Professional Life.

Key Takeaways From The 1983 World Cup For India - Underdog Advantage.