15 Top Superstars of Bollywood Who are Chainsmokers 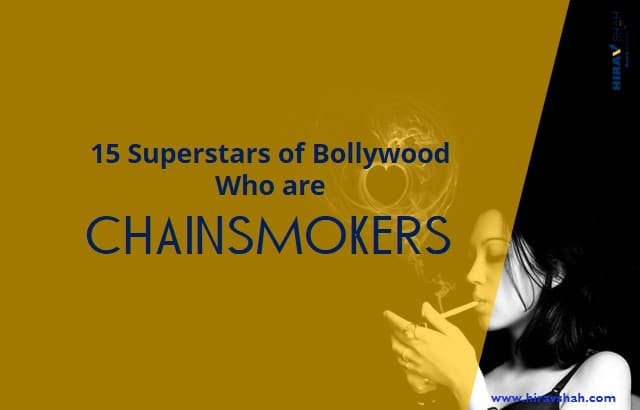 Being a glamorous industry, Bollywood is the world of dreams. The general public thinks that B-town people are living their dreams fully. But the hard fact is that it is also the place of sins and addiction. Yes, Bollywood is also a place where bad habits take birth. Reportedly, the industry that earns around 10 billion dollars a year is a place where money is smoked, and celebrities live their styles and interests every day.

Veteran Bollywood Analyst cum Business Transformation Expert Hirav Shah says, “We common people often feel that Bollywood is the world of dreams, and the B-town people are living their dreams, and luck out. But do you know it is also the place of sins and addiction? That’s right, Bollywood is also a place where bad habits take birth. The industry that earns around 10 billion dollars a year is a place where money is smoked, and celebrities live their styles and interests every day. Smoking and drinking are customary in a place like Bollywood. Not just are male actors serious chain smokers, but the female actors are incessantly smoking and drinking, keeping alive the tradition of smoking.”

Hirav Shah adds, “It is very common that smoking and drinking are customary in a place like Bollywood. Along with male actors, a few female actors incessantly smoke and drink.”

Hirav Shah looks at the list of celebrities who are practically chain smokers in the industry. 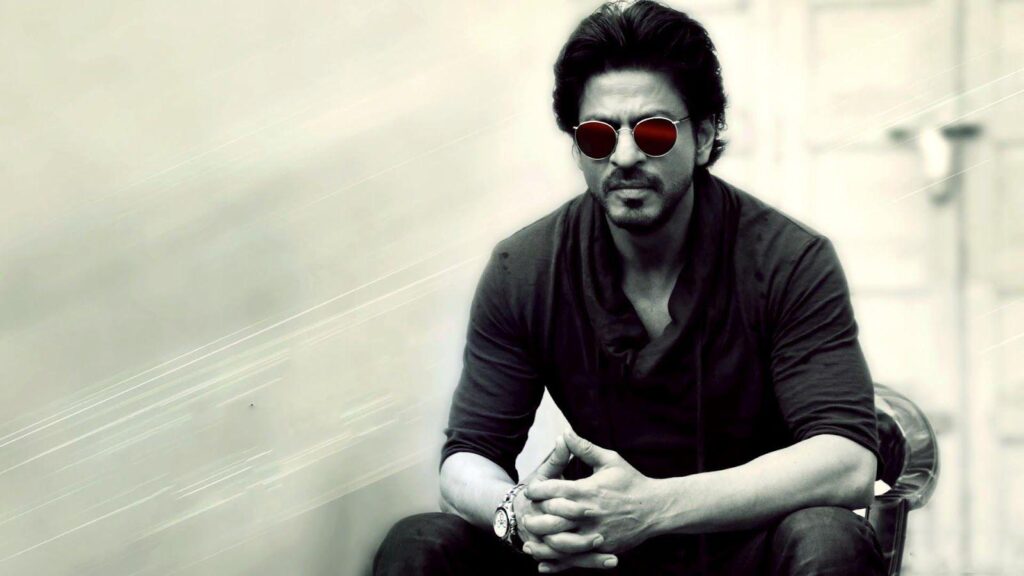 Shah Rukh Khan is a confessed chain smoker. On the birth of his youngest son, Shah Rukh said, “Will I be there to do the same thing that I did with my older kids? Yes, that is a worry. So that keeps you smoking less, drinking less, and exercising more. I plan to give up all (smoking, drinking, etc.) and try to be healthier and happier.” The Bollywood star also claimed to have his addiction to the cancer stick and went further to say that four packs a day are his regular cigarette diet. Shah Rukh Khan has also been fined several times for smoking in public places. He requested his fans not to follow him on this aspect as it is the worst habit ever. 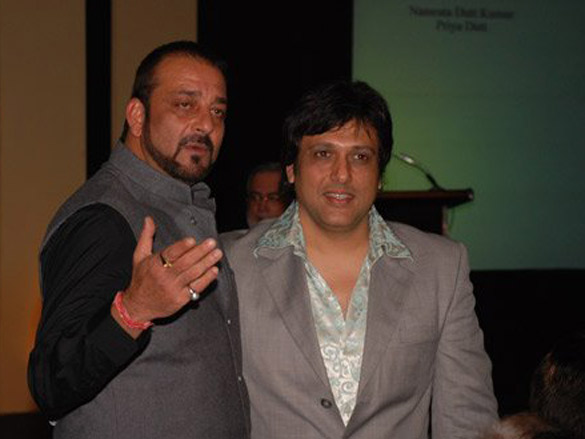 As showcased in his biopic, Sanjay was a chain-smoker until he decided to quit everything suddenly. Talking about his addiction, Sanjay had said, “Drug addiction is a disease which cannot be cured. Today, if I think I can smoke up a joint, I’m finished. The fear of relapse is in the first five-six months of quitting. I divert my mind to the gym. I started feeling good with my body.” said Sanjay Dutt in one of his interviews. 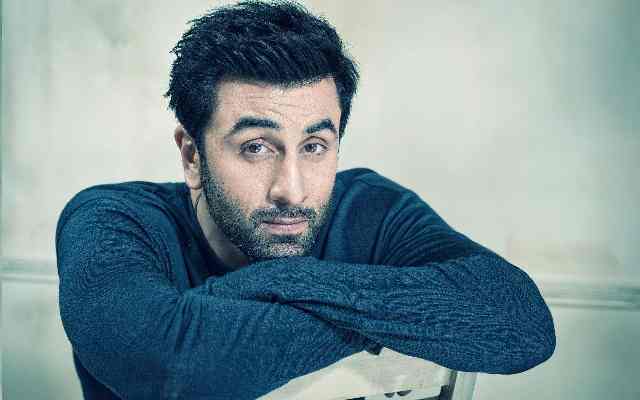 Ranbir Kapoor is the most looked upon as an actor in Bollywood for his morals but isn’t really a moralistic person in terms of his addictions to smoking and drinking. Senior filmmaker Prakash Jah alleged that during the shoot of the film Rajneeti, he had a tough time engaging Ranbir in a long shot as he would crave a cigarette eventually. Ranbir Kapoor might be famous for his lavish living and his talent but is infamous for his smoking habits, said Prakash Jha. 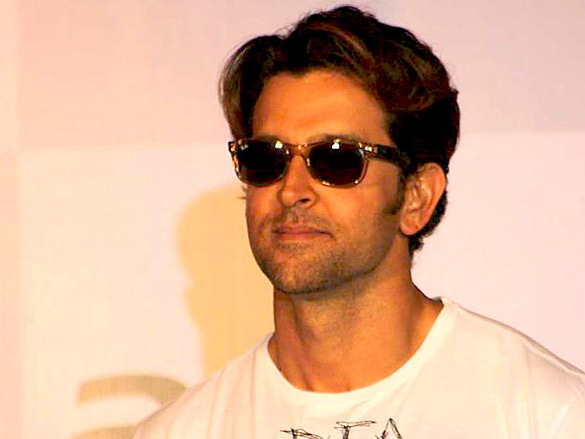 Hrithik Roshan is the entitled Greek God, and the best dancer in Bollywood is classic for his tastes and his style but not classic when it comes to smoking. Reportedly, Hrithik is a chain smoker and used to smoke incessantly while he shot for his film Guzarish. Among other celebrities, Hrithik’s smoking habit is somewhat disappointing as he has the image of a perfect man. 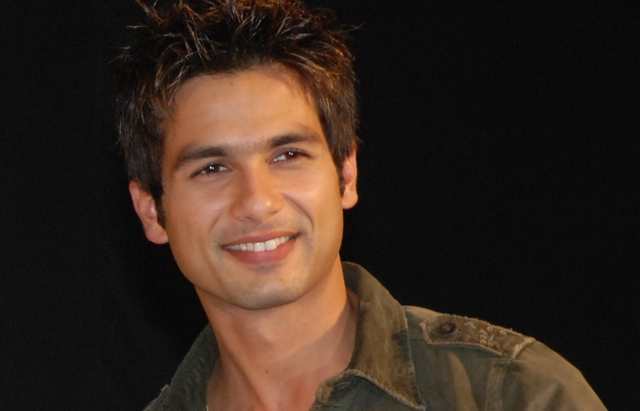 Shahid Kapoor was also a chain smoker before he tied the knot with ladylove Mira Rajput. In one of the talk shows, Mira Rajput had revealed that Shahid Kapoor had quit smoking after getting married to her upon her insistence. 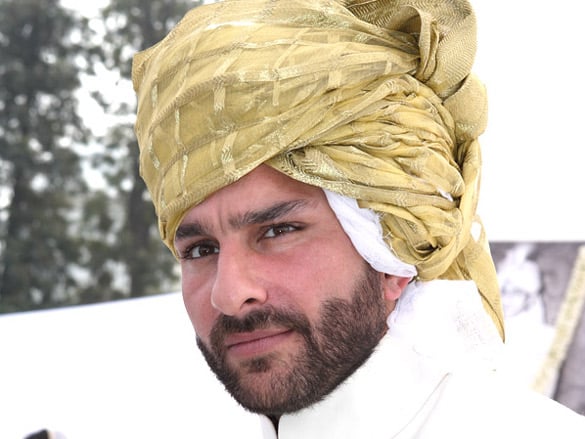 Saif is a nawab in real life and one of the richest men in the Bollywood industry, but he is a serious chain smoker. For an interview with a magazine, Saif’s mother, Sharmila Tagore alleged that Saif smokes like anything and has fallen ill multiple times. Saif was even hospitalized in 2007. After that incident, Saif had to cut down his cigarettes and now smokes a nominal amount. Well, all’s well that ends well. 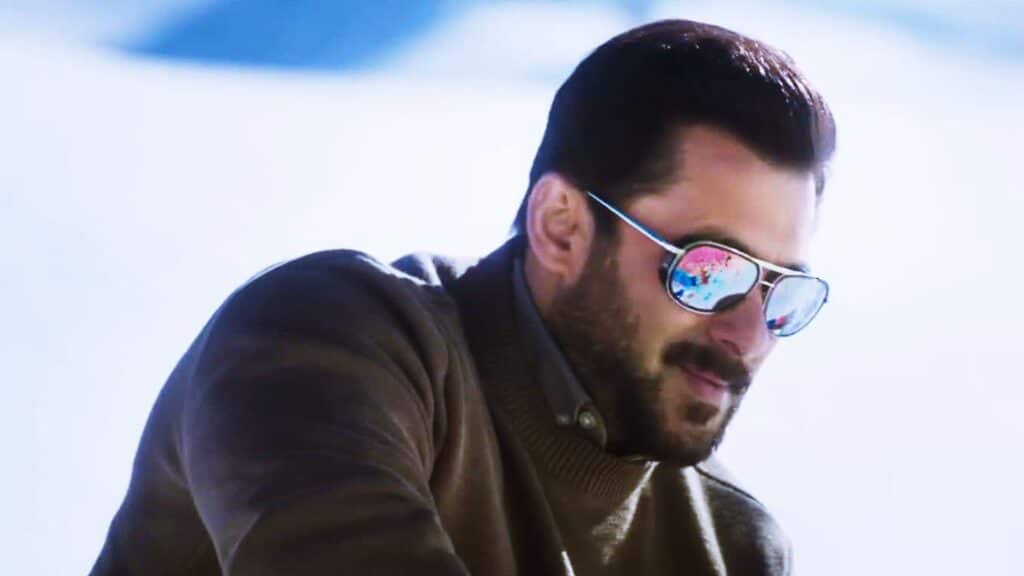 Salman Khan was one of the known chain smokers of Bollywood. However, the actor quit smoking and drinking after his treatment for his nerve ailment in 2021. Reportedly, Salman still suffers from nagging jaw pain occasionally. 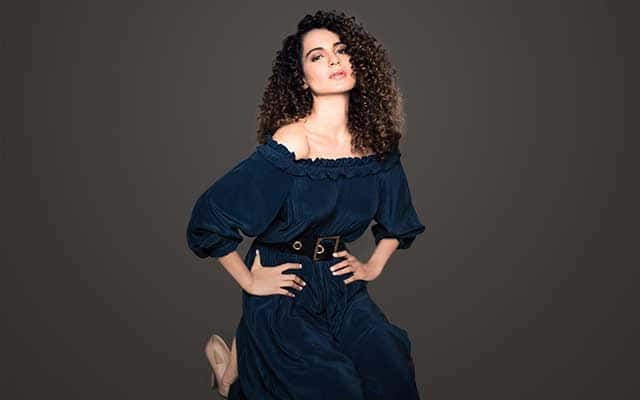 Kangan, a renowned Bollywood actress, has been engaged in this bad habit of smoking for many years. She is not a reel but a real-life chain smoker. Kangana has also said that with this, she relieves herself of stress. 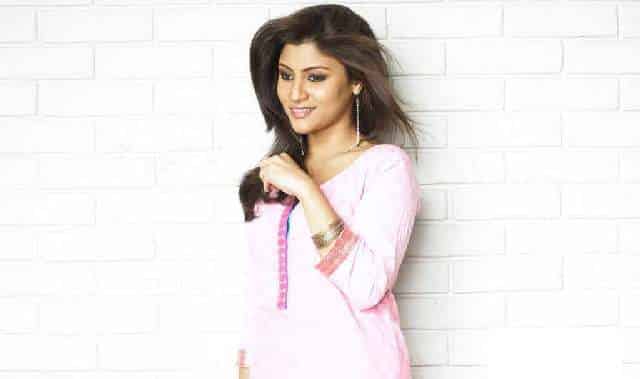 Konkona Sen Sharma was also hospitalized during her pregnancy due to her cigarette smoking habit. But after the tragic incident, Konkona cannot stop smoking cigarettes. She has a severe addiction to smoking. 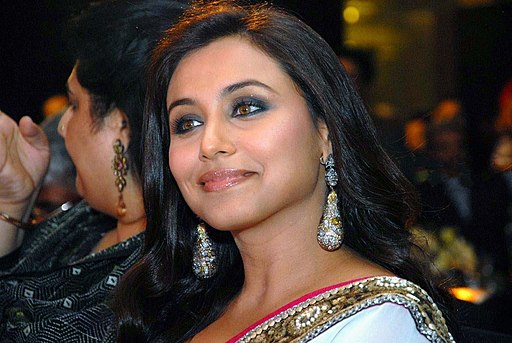 Talented actress Rani Mukerji tries to quit, but she cannot stop herself from consuming cigarettes. She has become so addicted to smoking that she cannot stay away from it even daily. Rani Mukerji’s morning is accompanied by smoking, say her close circle. 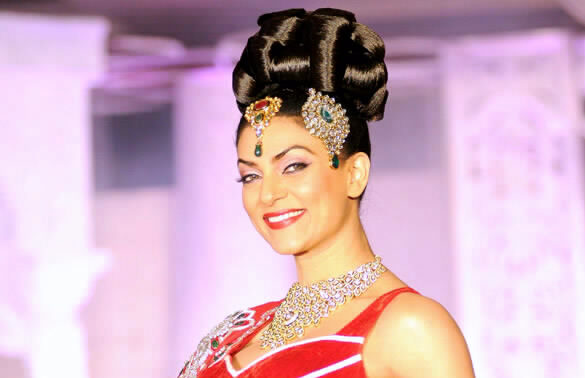 Once a Miss Universe, Sushmita Sen is a chain smoker on screen and in real life. She says that she adopts all this for her lifestyle, and now smoking has become a habit of hers. 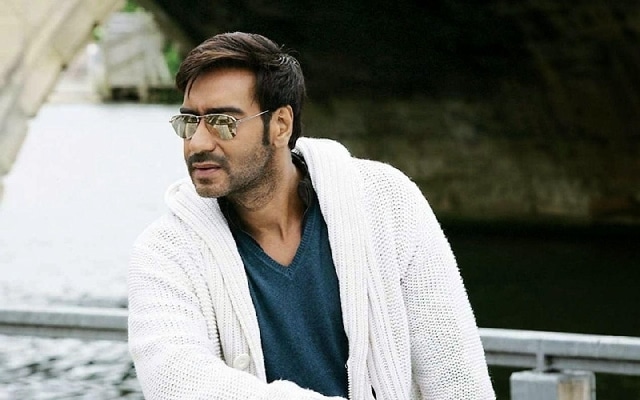 Just like other Bollywood actors, Ajay Devgan smokes regularly and confesses that quitting smoking isn’t his cup of tea. He alleged that his daughter has also tried to support him in the process, but she failed. 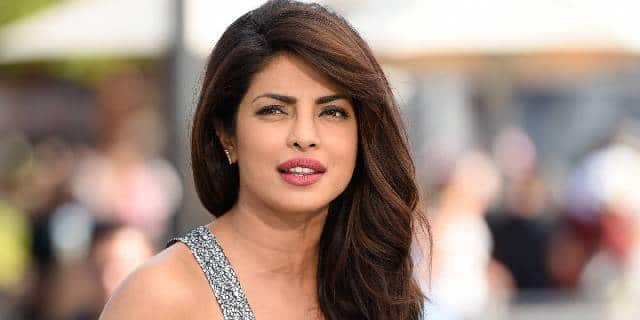 During her birthday vacation, Priyanka Chopra was clicked smoking a cigar along with mother Madhu Chopra and hubby Nick Jonas. The images were shared on social media and were criticized by netizens. People also reminded Priyanka about her ‘asthma’ which she had had since childhood, and during Diwali, she had requested everyone not to burst crackers. 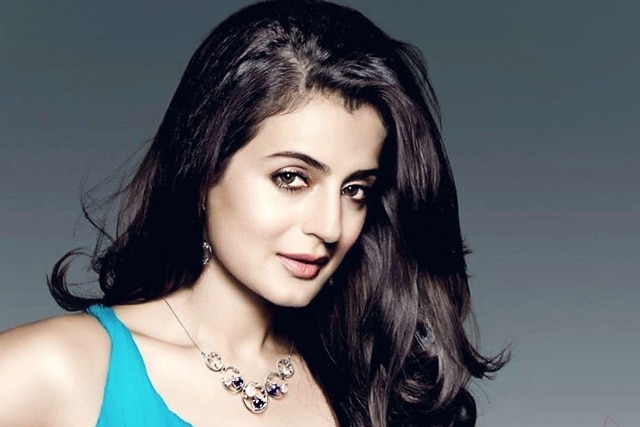 ‘Kaho Na Pyar Hai debutant looked young and beautiful in her early days, but if you look at her face today, you’ll notice fine lines, wrinkles, and blemishes. 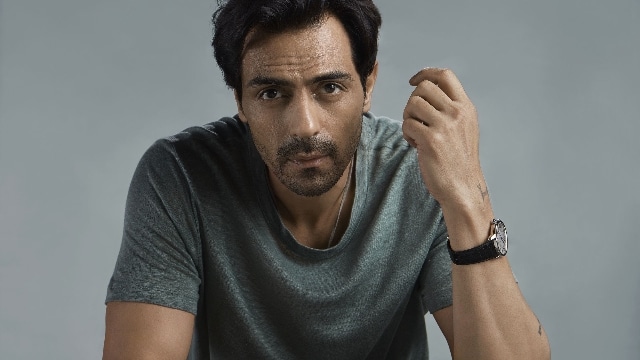 Hirav Shah concludes by saying, “However, it isn’t as easy as it sounds, as most of us have realized to quit. People relapse and take up smoking again for many reasons. And suppose you have a circle of friends who are chain smokers. In that case, the chances are that even though you may completely go cold turkey for a few days, whenever you meet them for a drink or two at the pub, you will restart with an innocent drag and end up with the seriously bad habit again. Let’s hope someone like Shah Rukh Khan quits smoking completely, which would be a huge inspiration for youngsters.”

Who are the female stars in Bollywood who smoke?

Rani Mukerji, Priyanka Chopra, and Kangana Ranaut are female stars in Bollywood who are chain smokers.

Who are the non-smokers of Bollywood?

Akshay Kumar, Suneil Shetty, and Sonam Kapoor are some stars who don’t smoke.

Home » Predictions » Entertainment » 15 Top Superstars of Bollywood Who are Chainsmokers

Web Series or Bollywood: Who is Winning Audience Hearts?