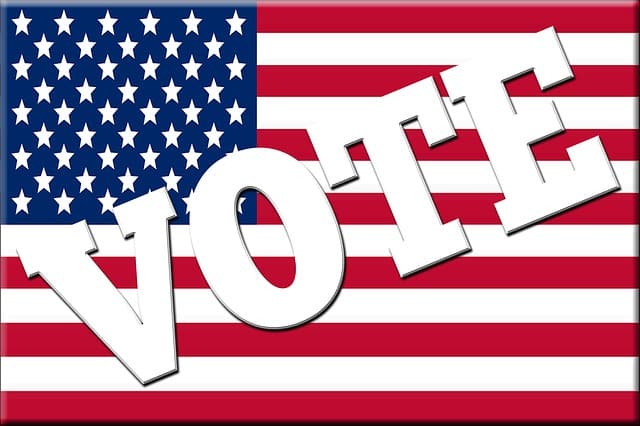 The 2020 US election is less than a week away. With the presidential debates over, we are into the final days of campaigning.

But the coronavirus pandemic has thrown many aspects of the race into uncertainty.

The virus has already dramatically affected the running of the election, including the chaos caused by Donald Trump being diagnosed with COVID19.

It is also unclear what election day itself will look like, given the risk of catching the virus by voting in person.

A record number of people have already cast their ballots by post. Election experts suggest this could mean the result may not be declared on election night but may take several days – or even weeks – to emerge.

With the coronavirus pandemic expected to impact public life well into the autumn, the 2020 election is likely to go down in history as one of the most unconventional US presidential races ever held.

Despite the uncertainty, there are some aspects of the election process that are enshrined in the US constitution. 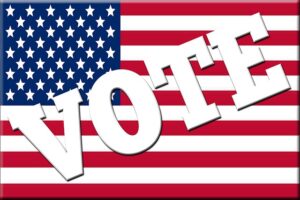 Here is everything we know about how the race will play out.

The election will be held on Tuesday, November 3. The American presidential elections are always held on the Tuesday after the first Monday in November.

Americans vote for people called “electors” in their state who are supporting the candidate they want to become president – this process is called the electoral college.

The more people who live in a state, the more electors there are for that state. So California for example, with a population of 38.8 million, has 55 votes – while Delaware, (population 936,000), has just three votes.

There are currently 538 electors in total, corresponding to the 435 Representatives (Congressmen and women) and 100 Senators, plus the three additional electors from the District of Columbia. The Constitution prohibits any federal official, elected or appointed, from being an elector.

The candidate with the most electors wins all the state’s electoral college votes and the first candidate to win enough states to get to 270 electoral votes is elected to that office.

All 50 US states and Washington DC have a set number of “electors” in the electoral college – roughly proportionate to the size of each state.

Each state gets at least three electoral votes because the amount is equal to its total number of Senators and Representatives in the US Congress. Washington DC also gets three electoral college votes, meaning a total of 538 electors from the Electoral College.

California, the largest state, has 55 electoral votes, Texas, the next largest, gets 38. New York and Florida have 29 each.

To become president either candidate needs to win a majority of the 538 electors – i.e. 270 electors.

Who can become president? 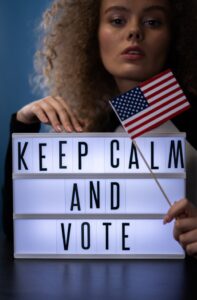 The President of the United States can be a man or a woman of any race or any religion, but they must:

The rules also state that one person can be in the job for a maximum of two terms.

The presidential election vote is a simple choice between candidates from the Democratic Party and the Republican Party. Occasionally a third party candidate will enter the race, like Kanye West this year, but it is quite rare for them to gain traction or make a significant impact.

The US election system itself is far from straightforward. That is because when America’s founding fathers created the system in 1787, there was no way a presidential candidate could mount a national campaign – and there was little in the way of national identity.

The founding fathers chose not to elect US presidents by direct popular vote over fears that larger and more populous states could have an outsized role in deciding the winner.

The system of electors, based loosely on the Roman Catholic College of Cardinals electing the Pope, was chosen with the theory that the most knowledgeable and informed individuals from each state would select a president on merit, disregarding state loyalties.

So when Americans cast their vote on November 3, they technically vote for “electors”, not the candidates themselves. The electors are state officials or senior party figures, but they are not usually named on the ballot.

Each elector casts one vote following the general election for one of the two candidates. The newly elected president and vice-president will then be inaugurated on January 20, 2021.

What are the swing states? 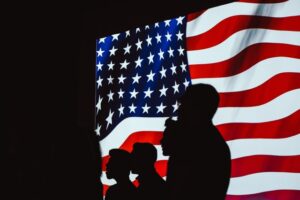 The key for either party to win the presidential election is to target specific battleground states. There are several swing states, that over recent elections have gone both ways. They hold the key to winning the election.

What happens on Election Day? 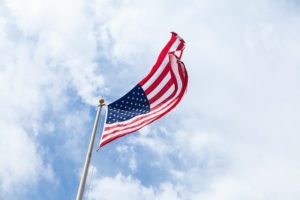 On November 3, voters who have not sent a mail-in ballot will head to the polls. The colossal task of counting votes begins later that day.

Millions of Americans will vote on Election Day.

Some news networks and pollsters will publish projected results late on November 3, though these results are provisional while mail-in ballots are counted.

What time do voting polls open and close? 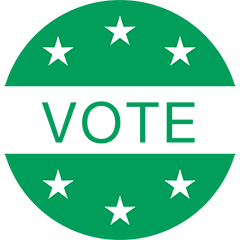 The opening and closing times for polling stations vary from state to state, in some cases by city or county.

Some states allow people waiting in the queue when the polling station closes to cast their vote – some do not.

Most polls open at 6 am and the latest they stay open is until 9 pm (in New York and North Dakota).

In Vermont, early-risers can cast their vote at 5 am.

Mail-in ballots can be received late and will still be counted in many states.

Most mail-in ballots must be received within a couple of days of November 3, with a few exceptions. Some key states allow ballots to be sent in late, including Pennsylvania and North Carolina (by November 6), Minnesota and Nevada (by November 10), and Ohio (by November 13).

Each state begins to certify its results from November 10, though this too can be delayed if there is a recount. Every state except California must complete the certification by December 8. All disputes – including challenges and recounts – must be resolved by this date.

Electors formally cast their votes on December 14 and send them to Washington.

This means that the clear result of the election – which has been drastically impacted by postal ballots because of coronavirus – might not be known until some time after Election Day.

How many electoral votes are needed to win?

To win the presidency, Mr. Trump or Mr. Biden must get more than 50 percent of the electoral college vote. There are 538 possible electoral votes, which means 270 are required to win.

When will the winner take the office?

The date on which a new president is sworn in as enshrined in the US constitution. Either Mr. Trump or Mr. Biden will be inaugurated on January 20, 2021.

Astro Strategist and Business Astrologer Hirav Shah wishes both the candidates best of luck and hopes for a better future in the world.