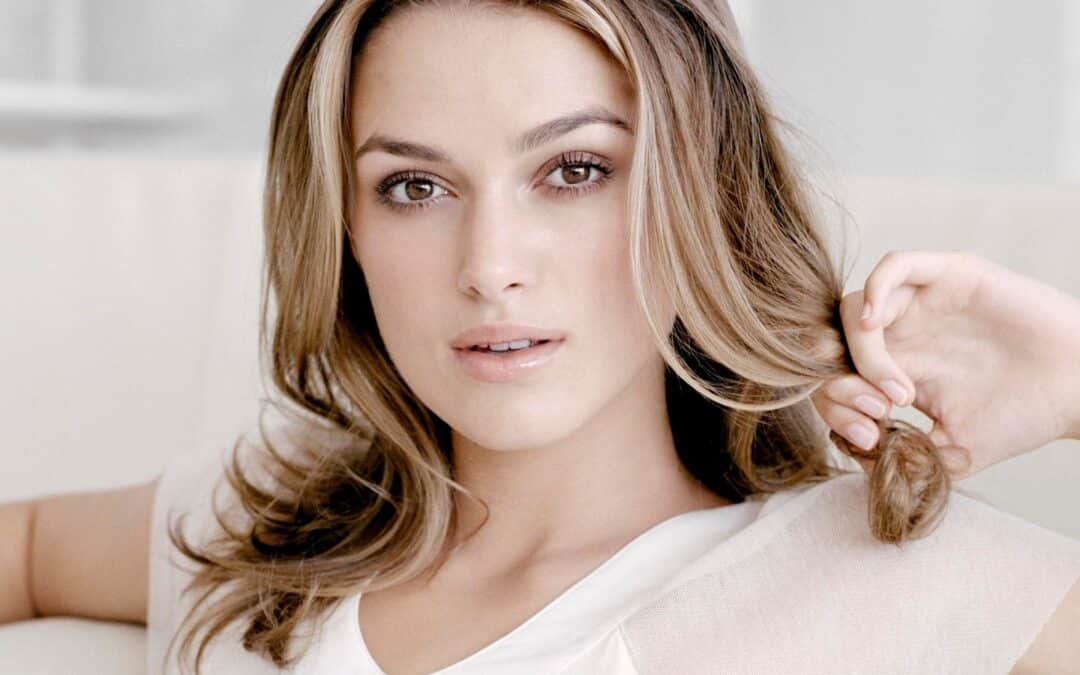 Keira Christina Knightley, born 26 March 1985, is a hugely popular British actress. She has starred in both independent films and big-budget blockbusters and is particularly noted for her roles in period dramas. Her accolades include two Empire Awards and nominations for two Academy Awards, two British Academy Film Awards, three Golden Globe Awards, and one Laurence Olivier Award.

Knightley began acting as a child on television and made her feature film debut in 1995, before making her breakthrough with the 2002 sports film Bend It Like Beckham, for which she won the London Film Critics’ Circle Award for Best Newcomer. She achieved global stardom at age 18 for her role as Elizabeth Swann in the 2003 fantasy swashbuckler film Pirates of the Caribbean: The Curse of the Black Pearl, as well as in subsequent films of the franchise.

Knightley received a nomination for the Academy Award for Best Actress for starring as Elizabeth Bennet in Pride & Prejudice (2005). At age 20, it made her the second-youngest nominee in the category at the time. Knightley’s profile continued to grow with leading roles in several other period dramas, earning acclaim for her roles as Cecilia Tallis in Atonement (2007), Georgiana Cavendish in The Duchess (2008), and the titular characters in Anna Karenina (2012) and Colette (2018). She received her second Academy Award nomination for her portrayal of Joan Clarke in the historical film The Imitation Game (2014), as she continued to experiment with comedic and dramatic roles in the musical film Begin Again (2013), the adventure thriller Everest (2015), and the docudrama Official Secrets (2019).

On stage, Knightley appeared in Martin Crimp’s 2009 West End production of The Misanthrope, which earned her a nomination for a Laurence Olivier Award for Best Actress in a Supporting Role in a Play. She also starred as the eponymous heroine in the 2015 Broadway production of Thérèse Raquin. Knightley is known for her outspoken stance on social issues and has worked extensively with Amnesty International, Oxfam, and Comic Relief. She was appointed an OBE in the 2018 Birthday Honours for services to drama and charity.

Future of Keira Knightley in 2021

“It’s time to make a kick-ass comeback by Keira Knightley and enthrall her fans as she used to a decade ago. She still has age and beauty on her side which she must utilize to the optimum and create a big bang. 2021 will see a lot of happenings in her career and if she chooses her projects wisely she will end up with an Academy award which she rightly deserves soon,” says Celebrity Astrologer Hirav Shah.