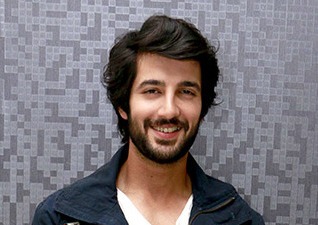 Aditya Seal (born 22 March 1988) is an Indian film actor, most popularly known for his portrayal as the male lead in Tum Bin II. He made his film debut with Ek Chhotisi Love Story, where he played a teenager opposite Manisha Koirala.He went on to play Shekhar Malhotra in Tum Bin II, Sam in Namastey England, Samuel in Purani Jeans, and Veer Shergill in Fittrat.

Seal made his film debut with Ek Chhotisi Love Story, where he played a teenager opposite Manisha Koirala. The story revolved around a teenager that becomes secretly obsessed with his neighbor. He also starred in the movie We R Friends in 2006. In Purani Jeans, he played the role of Samuel Lawrence. In 2016, Seal was seen in Anubhav Sinha’s Tum Bin II as Shekhar opposite Neha Sharma.

In 2019, he played Manav Randhawa in Student of the Year 2. Next, he portrayed Veer Shergill in Alt Balaji’s web series Fittrat opposite Krystle D’Souza, for which he received many accolades.

In 2020, he played Kiara Advani’s character’s love interest in Indoo Ki Jawani, a dramedy revolving around a girl’s adventures with a dating app. The movie was theatrically released on 11 December 2020 amid the 50% occupancy theatrical guideline owing to the COVID-19 pandemic in India. Aditya Seal shares a glimpse of his next film ‘Rocket Gang’. Directed by Bosco Martis. Also starring Nikita Dutta.

“Aditya Seal has a bright future in 2021, his performances in web series like ‘The Invisible Mask’ will be highly appreciated. He will also sign good movies as well. He should be careful in selecting his roles and try avoiding mistakes like Indoo Ki Jawani which did more harm than good to his career,” says noted Bollywood astrologer Hirav Shah.