Birthday Predictions: ” Will Gopichand’s Sagging Career be Revived in 2021 with Seetimaarr?” 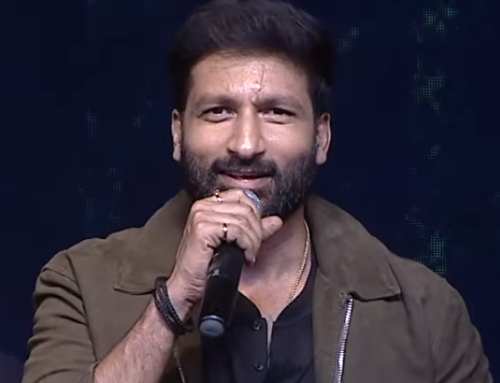 Tottempudi Gopichand (born 12 June 1979) is an Indian actor who works primarily in Telugu films. Known for his roles in action films, Gopichand made his debut with Tholi Valapu (2001). After playing an antagonist in films such as Jayam (2002), Nijam (2003) and Varsham (2004), he established himself as a lead actor.

Gopichand made his debut as a lead with the film Tholi Valapu. He played negative roles in his next films Jayam, Nijam and Varsham. Following the positive reception towards his performance in Jayam, he reprised his role in the film’s Tamil-language remake of the same title.

He made his re-entry as a hero with the films Yagnam in 2004 and Andhrudu in 2005. In 2006, he starred in the commercially successful Ranam and the commercially unsuccessful Raju. His 2007 releases Okkadunnadu and Lakshyam, and the 2008 releases were Ontari and Souryam. He collaborated once again with Souryam director Siva for their 2009 release Sankham.

His 2010 release Golimar saw him playing an encounter specialist inspired by the real-life cop Daya Nayak. In 2011, he acted in Mogudu and Wanted but both were commercial failures. In 2013, he reunited with director Chandra Sekhar Yeleti (after Okkadunnadu) for the action-adventure film Sahasam which became his biggest commercially successful film at that time. In 2014, he starred in Loukyam commercially and became his most successful film. In 2015, he starred in Jil and Soukhyam.

In 2017, he starred in Goutham Nanda and Oxygen which were both commercially unsuccessful. His next film Aaradugula Bullet was slated to release the same year but remains unreleased. In 2018, he played a vigilante in Pantham, which was his 25th film. In 2019, he played a spy in Chanakya.

As of January 2021, his upcoming sports action film Seetimaarr, directed by Sampath Nandi is under production. The film stars Tamannaah, Digangana Suryavanshi, Bhumika Chawla. He’s also working on another movie, Pakka Commercial which is being directed by Maruthi and produced by UV Creations and GA2 Pictures starring Rashi Khanna as the lead heroine.

Future of Gopichand in 2021

Tottempudi Gopichand is going to enter the 43rd year of his life, 4+3= 7 which is ruled by Ketu.