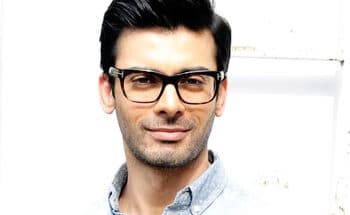 Fawad Afzal Khan (born 29 November 1981) is a Pakistani actor, producer, screenwriter, model, judge, and singer. Having received several awards including a Filmfare Award, three Lux Style Awards, and six Hum Awards, he is widely regarded as one of the greatest contemporary actors hailing from Pakistan.

Khan began his acting career on the television sitcom Jutt and Bond. He formed an alternative rock band, Entity Paradigm, with the show’s co-stars and began his music career as its lead singer. The band appeared on the finale of Pepsi Battle of the Bands in 2002 and Khan became known for its 2003 debut album, Irtiqa. After about 250 performances, he left the band to pursue a film career. Soon after he came into the scene, Khan was shortlisted to play the lead character in the movie, “The Reluctant Fundamentalist”; however, the role was later bagged by another Pakistani actor Riz Ahmad who won several accolades and global recognition. He finally made his film debut with a supporting role in Shoaib Mansoor’s social drama, Khuda Kay Liye (2007), one of Pakistan’s highest-grossing films.

He had his first success in the television period drama, Dastaan (2010), for which he received the Best Male Actor Award at the Pakistan Media Awards. Khan played a lead role in the Pakistani television serial Humsafar (2011) and appeared in Sultana Siddiqui’s family drama Zindagi Gulzar Hai (2012). For both performances, he received the Lux Style Award for Best Actor – Satellite. Khan made his Bollywood film debut with the lead role in the romantic comedy, Khoobsurat (2014), for which he received the Filmfare Award for Best Male Debut. He was praised for his portrayal of a closeted homosexual in the critically and commercially successful family drama, Kapoor & Sons (2016).

In addition to acting, Khan has raised money for charitable organizations throughout Pakistan. He has endorsed several popular brands and products. Khan has been listed among the “Sexiest Asian Males” by the British magazine Eastern Eye. He’s touted as the “Pakistani Cary Grant” with his debonair demeanor, versatility, and supreme comedic timing. He founded a clothing brand named Silk by Fawad with his wife and has modeled for the brand.

“Despite some favorable planetary transits foreseen for Fawad, in the nearer future, it will be very important for him to keep working hard and remain patient, even in the face of struggle. Fawad Khan will have to steer clear of hasty decisions, tiffs/ conflicts with seniors and situations that may spiral out of control. Fawad Khan is no less than any star in India because he has a huge cult following especially among females. He delivered some great performances in films like Kapoor and Sons and the Indian audience will want him to do more Bollywood movies. But due to the high tension between the countries, it might not be possible in the near future. Fawad Khan has to take care of his health in the coming few months,” says celebrated Bollywood Astrologer cum Astro Strategist™ Hirav Shah.

How To Take Control Of Your Mind In 2022

How does the Dating App Development work?