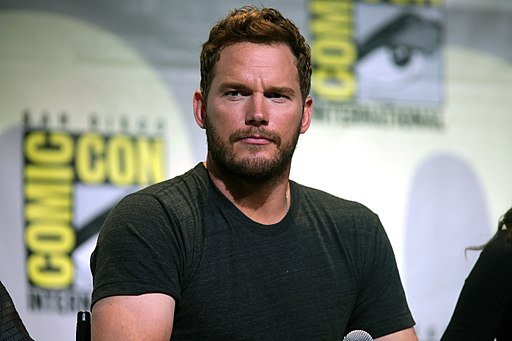 Christopher Michael Pratt (born June 21, 1979) is an American actor and comedian, known for starring in both television and action films.

He rose to prominence for his television roles, particularly as Andy Dwyer in the NBC sitcom Parks and Recreation (2009–2015), for which he received critical acclaim and was nominated for the Critics’ Choice Television Award for Best Supporting Actor in a Comedy Series in 2013.

Pratt went on to establish himself as a Hollywood leading man in 2014, with lead roles in two critically and commercially successful films: Warner Animation Group’s The Lego Movie as Emmet Brickowski, and Marvel Studios’ Guardians of the Galaxy as Star-Lord. In 2015, Time magazine named him one of the 100 most influential people in the world. Pratt starred in Jurassic World (2015) and Jurassic World: Fallen Kingdom (2018), and he reprised his Marvel role in Guardians of the Galaxy Vol. 2 (2017), Avengers: Infinity War (2018), Avengers: Endgame (2019), and the upcoming films Thor: Love and Thunder (2022) and Guardians of the Galaxy Vol. 3 (2023). Meanwhile, in 2016 he was part of an ensemble cast in The Magnificent Seven and the male lead in Passengers.

Chris Pratt is going through the peak of his career with films like Thor (Avenger series), Jurassic Park: Dominion under his belt. These films will do phenomenally well and Chris Pratt’s stardom will reach another level. His immediate release in 2021 is The Tomorrow War to be premiered on Amazon Prime and it sure looks promising.