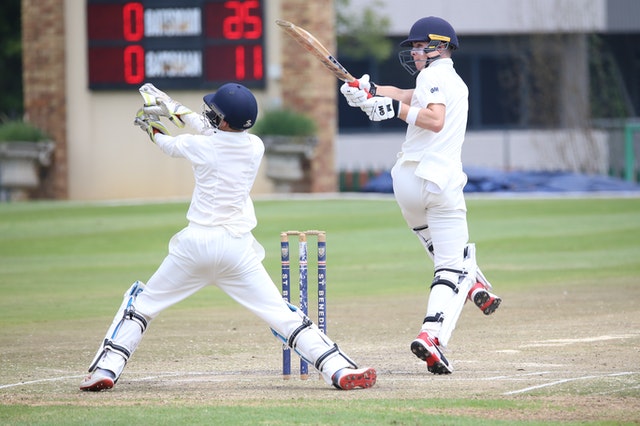 “Century was an occasional thing in cricket, Sachin made it frequent. There are legends and there is Sachin Tendulkar“- Quotes Hirav Shah, Famous Sports Adviser, Strategist and Astrologer.

Meanwhile, legacies can be hard to endure. Nepotism is a hot topic in India, particularly in this decade, and despite exhibiting an apparent facade of privilege, living up to a family legacy can be hard work.

If you’re a descendant of the greatest batsman of all time, it is difficult to live up to the expectations of the public. And if you’re the heir of a cricketing god in your country, it’s well-nigh impossible.

Nevertheless, Arjun Tendulkar has set out to accomplish what his father never could. Back in 1987, an aspiring 14-year-old fast bowler by the name of Sachin Tendulkar was given a shake of the head by Dennis Lillee at the MRF pace academy, citing the reason that his height and his body type were ill-suited for fast bowling.

Arjun Tendulkar, his second-born child, 5’10’’ and still growing, certainly has the prerequisite body type for it and is well on his way to becoming the left-arm pacer that India has struggled to find since the retirement of Zaheer Khan in 2014.

Arjun Tendulkar was born on 24 September 1999 and he is presently in his 22nd year.

Past of Arjun Tendulkar

A tall lanky lad in his teens, Arjun has had the best of resources and guidance to learn fast bowling, and in the initial phase of his career, he has made full use of his opportunities by developing a curved run-up and a genuine outswinger’s action.

He is capable of getting the ball to swing late and at a significant pace for his age. He is also a capable lower-middle-order batsman who can use the long handle, but it is his second priority after fast-bowling.

Arjun has been closely working on his bowling action with Atul Gaikwad, coach and an expert in the biomechanics and aerodynamics of fast bowling. Arjun had to tweak his action after a couple of stress fractures which took almost to a year to heal in 2016-17.

Gaikwad’s knowledge has been put to good use in the National Cricket Academy in Bangalore and he has been of great help to Arjun in the nascent phase of his cricket career. Other than Gaikwad, Arjun has also trained with his father’s teammate Subroto Banerjee, who has been credited by Indian Test bowler Umesh Yadav and Vidarbha spearhead Rajneesh Gurbani.

The teenager has regularly bowled in the nets to the Indian team, which has given him loads of exposure against the best in the country. He has also been in the news for bowling for the Indian women’s team in preparation for the World Cup final at Lord’s in 2016.

In January 2017, he represented a CCI XI at the Bradman Oval in Adelaide, where he made a swift 48 in his first outing as an opening batsman; not to mention his four scalps with the ball. In July 2017, he was also included in the MCC squad to play against Namibia Under-19 in England and impressed as MCC’s spearhead, picking up four wickets to decimate the opposition.

With the metaphorical weight of his father’s legacy, and the literal weight of fast bowling on his shoulders, Arjun has maintained his composure until now, Opines Hirav Shah.

Being a technically sound left-handed fast bowler and left-handed batsman, Arjun made his Twenty20 debut on 15 January 2021, for Mumbai in the 2020–21 Syed Mushtaq Ali Trophy against Haryana. On debut, he took one wicket for 34 runs from three overs.

In February 2021, Tendulkar was bought by the Mumbai Indians for 20 lakh rupees in the IPL auction ahead of the 2021 Indian Premier League.

Future of Arjun Tendulkar : Arjun was the last player to be picked during the IPL auction in February this year. Unsurprisingly, he was among the trending news on the social media that day, which obviously had a lot to do with his very famous surname.

However, Mumbai Indians are convinced that Arjun’s time has come.

From an Astrological point of view,
Combination of Venus, Mars and Jupiter indicates that he is very competitive and possesses the required physical energy, vigour, vitality and mental stamina to emerge as a strong cricketer.

All in all, there are possibilities that Arjun breaks into the National Team in a Big Way, next year in 2022. He needs to evolve and be his own man, which he will be, instead of just a very famous surname, Hirav Shah Concludes…