Birthday Predictions: “Acting, Singing…Dancing! What Next For Julianne Hough in 2021?” 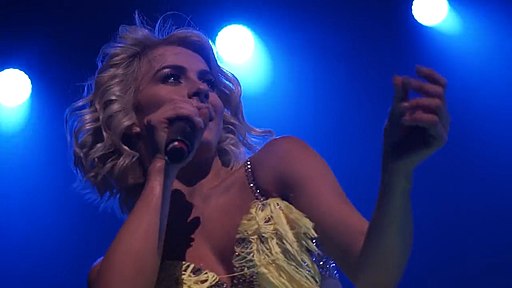 Julianne Alexandra Hough, born July 20, 1988, is an American dancer, actress, singer, and songwriter. In 2007, she joined the cast of ABC’s Dancing with the Stars as a professional dancer, winning two seasons with her celebrity partners. After leaving the show in 2009, she returned in 2014 to serve as a permanent judge on Dancing with the Stars, a position she held until 2017. For her work on the series, she has received three nominations for the Primetime Emmy Award for Outstanding Choreography winning once in 2015 with her brother Derek Hough and Tessandra Chavez.

Hough made her acting debut in the 2010 film Burlesque, which was followed by leading roles in Footloose, Rock of Ages, and Safe Haven. In 2016, she played Sandy in the live Fox television production of Grease. She also served as a judge on America’s Got Talent for its 2019 season.

In October 2013, Hough told the New York Post that although she was no longer a practicing member of The Church of Jesus Christ of Latter-day Saints, she was glad that she was raised in the church.

Hough dated fellow country singer Chuck Wicks from August 2008 to November 2009; when the two had a mutual break-up, it inspired Hough’s song “Is That So Wrong”. Hough dated Ryan Seacrest from April 2010 to March 2013. In February 2014, it was revealed that she had begun dating NHL player Brooks Laich, then of the Washington Capitals, December 2013.[55] The couple announced their engagement on August 18, 2015, and were married on July 8, 2017. They separated in 2020 but later attempted to reconcile. Hough filed for divorce on November 2, 2020.

Hough attracted controversy in October 2013 when she donned blackface as part of a Halloween costume depicting Uzo Aduba’s character Suzanne “Crazy Eyes” Warren from the Netflix comedy-drama Orange Is the New Black. Hough later apologized, writing on Twitter, “I realize my costume hurt and offended people and I truly apologize.”

Hough has been diagnosed with endometriosis since 2008 and went public with it to help de-stigmatize the conditions surrounding the disease.

Hough describes herself as “not straight”. She has a close friendship with Nina Dobrev.

Julianne Hough is entering the 34th year of her life, 3+4= 7 which is ruled by Ketu.