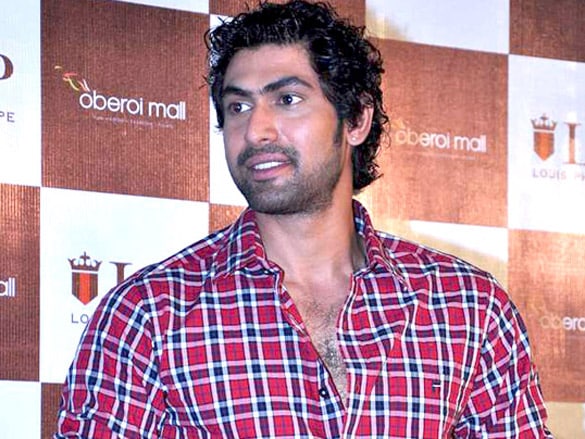 His stint in the film industry began with him working as a visual effects coordinator in around 70 films. And before he turned actor, he started his own production company, Spirit Media. He produced a National Award-winning film and then forayed into acting in 2010.

He made his acting debut with the Telugu blockbuster Leader, for which he won the Filmfare Award for Best Male Debut – South. He made his Hindi film debut with the hit film Dum Maaro Dum (2011), alongside Bipasha Basu, where he received positive reviews for his performance and won again Zee Cine Award for Best Male Debut. In 2012, Rana gained prominence by starring in the hit Telugu film Krishnam Vande Jagadgurum. In 2015, he played a notable supporting role in the successful Hindi film Baby (2015). He later starred as the main antagonist in the Telugu film Baahubali: The Beginning (2015), which recorded the second-highest gross opening for an Indian film. He then featured in a supporting role in the Tamil film Bangalore Naatkal (2016). In 2017, Rana later reprised his role as Bhallaldeva in Baahubali 2: The Conclusion, which became the highest-grossing Indian film of all time. He has also simultaneously starred in the successful Telugu movies Rudramadevi (2015), Ghazi (2017), and Nene Raju Nene Mantri (2017).

Rana has established himself as one of the leading actors in Telugu cinema, as well as being described as one of the few actors in India who were able to achieve pan-Indian appeal, having taken up a variety of roles, from leading roles to supporting characters, in different languages.

Alongside building a career in cinema, Rana is invested in businesses ranging from a business accelerator program for technology startups to an entertainment agency and a comic book company.

Rana Daggubati’s Zodiac sign is Sagittarius and is ruled by Jupiter.

Movie Astrologer Hirav Shah Predicts, “In 2021, Rana Daggubati will earn a tremendous load of applause for this upcoming performance in films like Haathi Mere Saathi and Viarata Parvam.

And Big Yes, 2021 will be game charger for Rana Daggubati. He will get big budget films from producers of Bollywood and South Industry also.