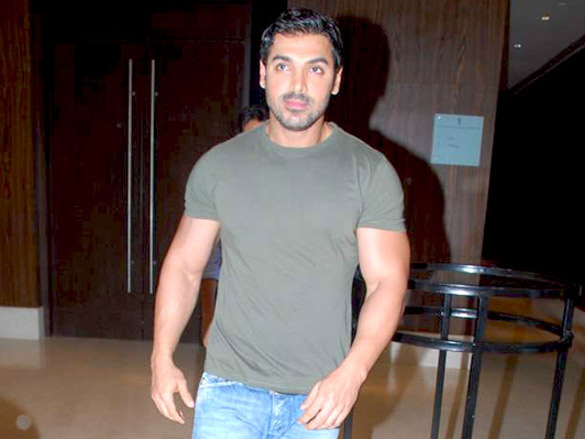 John Abraham (born 17 December 1972) is one of the most popular and desirable actors, film producers, and former models. After modeling for numerous advertisements and companies, he made his film debut with Jism (2003), which earned him the Filmfare Best Debut Award nomination. This was followed by his first commercial success, Dhoom (2004). He received two Filmfare Award nominations, for his negative roles in Dhoom, and in Zinda (2006). He later appeared in the major critical success Water (2005). He was nominated for a Filmfare Award for Best Supporting Actor for the film Baabul (2006). Since then, Abraham has starred in many critically and commercially successful films including Garam Masala (2005), Taxi No. 9211 (2006), Dostana (2008), New York (2009), Housefull 2 (2012), Race 2 (2013), Shootout at Wadala (2013), Madras Cafe (2013), Welcome Back (2015), Dishoom (2016), Parmanu (2018), Satyameva Jayate (2018) and Batla House (2019), thus establishing himself as a commercially successful actor of Hindi cinema.

In 2012, Abraham produced his first film Vicky Donor, which was a critical and commercial success, and earned him a National Film Award for Best Popular Film Providing Wholesome Entertainment. He then established his own production house, John Abraham Entertainment. His second film as a producer was Madras Cafe, which garnered critical acclaim. Beyond his acting career, he is the owner of the Indian Super League football team NorthEast United FC. He has often performed many dangerous stunts in his films. He is also a vegetarian and is a strong advocate for animal rights.

Future of John Abraham in 2021

John’s zodiac sign is Sagittarius and is ruled by Jupiter

Movie Astrologer Hirav Shah Predicts, 2021 will be a year for dramatic changes. “Professionally, this will be the best phase of his career. SRK’s Pathan, Satyameva Jayate 2, and Mumbai Saga all will turn out to be super successful and John will reach new heights of stardom.”

Birthday Predictions: What's in Store for The Jack of All Time, Leonardo Di Caprio in 2021?