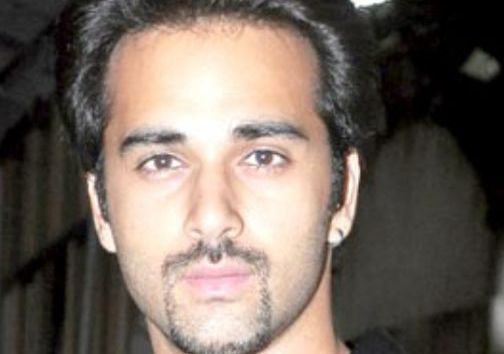 Pulkit Samrat (born 29 December 1983) is an Indian film and television actor, and a model. He made his debut in Hindi cinema with Bittoo Boss (2012).

Pulkit moved to Mumbai in 2005, and made his television debut in the role of Lakshya Virani in the long-running television show, by Balaji Telefilms, Kyunki Saas Bhi Kabhi Bahu Thi in 2006, which got his first recognition, though he quit the show in 2007.

In 2012, Samrat made his debut with a romantic comedy film Bittoo Boss, wherein he played the role of a wedding videographer from Punjab, alongside Amita Pathak. In 2013, he played the lead role of Hunny in the ensemble comedy film Fukrey, produced by Farhan Akhtar and Ritesh Sidhwani. In 2014, he appeared in a cameo role in Jai Ho as a police inspector. Then he played the lead in O Teri, produced by Atul Agnihotri, opposite Bilal Amrohi and Sarah Jane Dias. In 2015, his first film was Arbaaz Khan’s Dolly Ki Doli opposite Sonam Kapoor and Rajkumar Rao. In 2016, Samrat starred in Divya Khosla Kumar’s Sanam Re opposite Yami Gautam. In the same year, he again paired with Yami Gautam for Junooniyat. In 2017, he came back with the second installment of Fukrey titled Fukrey Returns. The film was a box office success.

In 2018, Samrat played the lead role of Veer in the romantic comedy film Veerey Ki Wedding opposite Kriti Kharbanda. Later that year, he played the role of Vilas Naik in the independent drama film 3 Storeys. In 2019, he appeared in Anees Bazmee directorial Pagalpanti alongside John Abraham, Arshad Warsi, Kriti Kharbanda, Ileana D’Cruz, Urvashi Rautela, Anil Kapoor & Saurabh Shukla. In 2020, he starred as Sunny Lalwani in the thriller drama film Taish directed by Bejoy Nambiar, which was released on ZEE5 on October 29, 2020.

Future of Pulkit Samrat in 2021

Pulkit’s Zodiac sign is Capricorn and is ruled by Saturn.

Business Astrologer Hirav Shah predicts, “Career-wise, Pulkit Samrat will move ahead, and his performance in the upcoming jungle adventure film Haathi Mere Saathi will be appreciated. He soon needs to start Fukrey 3 to hit the big league. His relationship with Kriti Kharbanda will be smooth and the couple might go ahead with marriage in near future.”