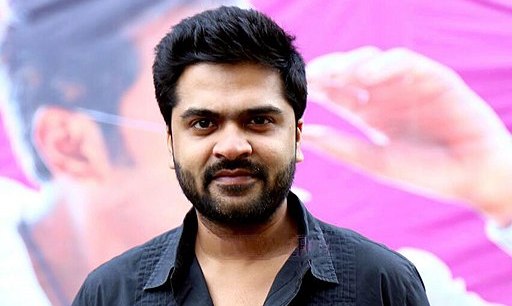 Silambarasan Thesingu Rajendar, also credited by his initials STR or nickname Simbu, is an Indian film actor, director, writer, composer, dancer, lyricist, and playback singer in the Tamil film industry. He is one of the prolific actors in Tamil cinema. He began his career by playing roles as a child artist in films directed by his father T. Rajendar, before his first lead role in Kadhal Azhivathillai (2002), under his father’s direction and produced by his mother Usha.

His second film Dum (2003), a remake of the 2002 Kannada film Appu, fared well commercially. In the same year, he appeared in Alai, a box office failure.

Silambarasan had three releases in 2004. The first was Kovil, which deals with the relationship between a Hindu boy and a Christian girl. Silambarasan was praised by Malathi Rangarajan of The Hindu for acting with “restraint and maturity”. It was a box office success. Silambarasan appeared next in Kuththu, a remake of the Telugu film Dil. The film received unfavorable reviews but had a successful theatrical run. His final release in 2004 was Manmadhan, which he also wrote. The film was a major success and propelled Silambarasan to stardom. The following year, he had only one release: Thotti Jaya, in which he plays an orphaned gangster who finds love. In 2006, Silambarasan had two releases: Saravana (directed by K. S. Ravikumar) and Vallavan which he helped write and directed himself. The film was a box office success. He starred in two films in 2008: the action-masala films Kaalai and Silambattam. Neither received positive reviews, but the latter was profitable.

Silambarasan’s sole release in 2010 as a lead actor was the romance Vinnaithaandi Varuvaayaa, directed and written by Gautham Menon. The film attained cult status in Tamil cinema and was a major breakthrough in his career. It was considered an image makeover for Silambarasan as most of his earlier films were in the action genre. The following year, he appeared in two films. The first was the ensemble drama Vaanam, where he stars as an impoverished cable operator. The second was Osthe, a remake of the Hindi film Dabangg where he played a police officer. Podaa Podi, which began production in 2008 and was released in 2012, was a commercial failure. His next appearance as a lead actor was in Vaalu (2015), followed by two releases in 2016: Pandiraj’s Idhu Namma Aalu and Menon’s Achcham Yenbadhu Madamaiyada. He went on to appear in Anbanavan Asaradhavan Adangadhavan (2017) and collaborated with Mani Ratnam for the first time in Chekka Chivantha Vaanam (2018) and Sundar. C in Vantha Rajavathaan Varuven (2019).

His latest film Eeswaran earned decent reviews and has done well at the box-office.

Simbu’s zodiac sign is Aquarius and is ruled by Saturn.

“2021 will land up existing projects in his lap. His upcoming films Manadu, Ponniyin Selvan, and others will fetch him a good name. He also needs to plan a Bollywood film and try getting pan-Indian appeal as this is the best time to do so,” says Bollywood Astrologer Hirav Shah.

Home » Celebrity-Horoscope » “Will 2021 Be the Most Prominent Year for Simbu?”

The Future of MLM Business in India