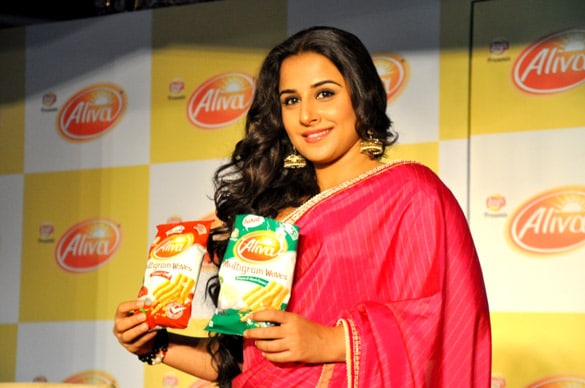 Vidya Balan, born 1 January 1979, is an Indian actress. Known for pioneering a change in the portrayal of women in Hindi cinema with her roles in female-led films, she is the recipient of several awards, including a National Film Award and six Filmfare Awards. She was awarded the Padma Shri by the Government of India in 2014.

Vidya aspired to a career in film from a young age and had her first acting role in the 1995 sitcom Hum Paanch. While pursuing a master’s degree in sociology from the University of Mumbai, she made several unsuccessful attempts to start a career in film and featured in television commercials and music videos. She made her film debut by starring in the Bengali film Bhalo Theko and received praise for her first Hindi film, the drama Parineeta. This was followed by commercial successes in Lage Raho Munna Bhai (2006) and Bhool Bhulaiyaa (2007), but her roles in the romantic comedies Heyy Babyy (2007) and Kismat Konnection (2008) had negative reviews.

Vidya went on to establish herself by starring in five consecutive commercial successes, which also earned her critical and awards recognition. These were in the drama Paa (2009), the black comedy Ishqiya (2010), the thrillers No One Killed Jessica and Kahaani (2012), and the biopic The Dirty Picture (2011). The last of these won her the National Film Award for Best Actress. She followed this with a series of films that performed poorly at the box office. This changed when she starred as a radio jockey in Tumhari Sulu (2017) and a scientist in Mission Mangal (2019). The latter ranks as her highest-grossing release.

Vidya also promotes humanitarian causes and supports the empowerment of women. She is a member of the Indian Central Board of Film Certification and hosts a radio show. She initially drew criticism for her fluctuating weight and dress sense but was later credited in the media for her unconventionality. Vidya is married to the film producer Siddharth Roy Kapur.

Vidya’s zodiac sign is Capricorn and is ruled by Saturn.

Hirav Shah adds, “Her personal life with her husband SRK(Sidharth Roy Kapur) will also be smooth and pleasant.”

Wishing one of the most talented actresses of our generation Vidya Balan a very Happy Birthday.

Home » Celebrity-Horoscope » What Will Be Vidya Balan’s Kahaani in 2021?