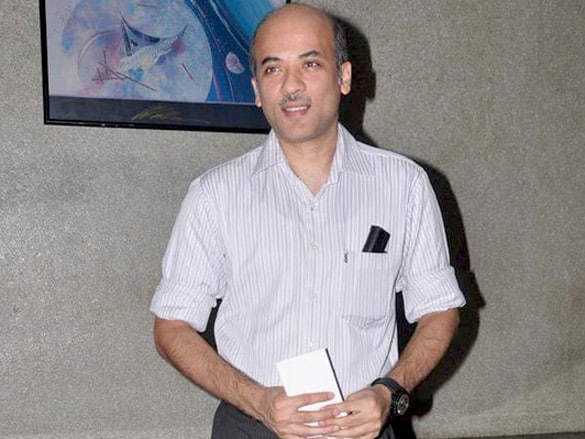 Sooraj R. Barjatya (born 22 February 1965) is an Indian film director, producer, screenwriter, and distributor, predominantly working in Hindi cinema. He is the current chairman of the Indian media conglomerate Rajshri Productions. His films are produced under the Rajshri Productions banner, which was founded in 1947 by his late grandfather Tarachand Barjatya. Barjatya has directed and produced some of the highest-grossing Bollywood films and has produced three other films that have accumulated worldwide gross earnings of more than ₹2 billion (US$28 million).

Barjatya began his career as an assistant director to Mahesh Bhatt. He made his directorial debut with the 1989 film Maine Pyar Kiya, a romantic musical film about friendship. He followed it with the film Hum Aapke Hain Koun..!, which became one of the most commercially successful Bollywood films worldwide at the time.

MAHK was produced by his father Rajkumar Barjatya for Rajshri Productions. In 1999, Barjatya directed the commercially and critically successful film Hum Saath-Saath Hain. In 2006, Barjatya directed and produced Vivah, which established Shahid Kapoor as a leading actor in Bollywood. In 2015, the film Prem Ratan Dhan Payo, again written and directed by him, was one of the highest-grossing films of the year.

Future of Sooraj Barjatya in 2021

2021 will be a year of exploring new grounds. It is a quiet, gentle, and mostly harmonious year that will be more active than other years. Being the soft and patient man Sooraj is, he will open himself up in a gentle manner, which will attract both things and people. This is an excellent year to build and develop his banner.

Career-wise, in 2021 he is going to direct Big B for the first time in his career. The film will be a good hit among the families. He has to make sure that his next film with Salman has a strong script, says Bollywood Astrologer Hirav Shah.

Wishing one of the most successful directors of Indian Cinema, Sooraj Barjatya a very prosperous and happy birthday

Home » Celebrity-Horoscope » Can Sooraj Barjatya Recreate the Magic of HAHK and Maine Pyar Kiya in 2021?