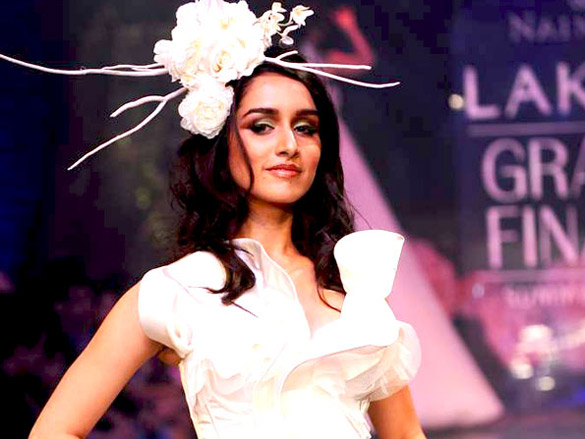 Shraddha Kapoor (born 3 March 1987) is an Indian actress and singer who works in Hindi-language films. She has been featured in listings of the most popular[citation needed] and the highest-paid actresses in India and is one of the most followed Indian actresses on Instagram. She has been featured in Forbes India’s Celebrity 100 list since 2014 and was featured by Forbes Asia in their 30 Under 30 list of 2016.

The daughter of actor Shakti Kapoor, she began her acting career with a brief role in the 2010 heist film Teen Patti and followed it with her first leading role in the teen drama Luv Ka The End (2011). Kapoor gained wide recognition for playing a singer in the commercially successful romantic drama Aashiqui 2 (2013), for which she received a nomination for the Filmfare Award for Best Actress. The following year, she portrayed a character based on Ophelia in Vishal Bhardwaj’s critically acclaimed drama Haider (2014), an adaptation of William Shakespeare’s tragedy Hamlet. Kapoor established herself with starring roles in the romantic thriller Ek Villain (2014), the dance drama ABCD 2 (2015), and the action drama Baaghi (2016). Following a series of poorly received films, her highest-grossing releases came with the comedy-horror Stree (2018), the action thriller Saaho (2019), and the comedy-drama Chhichhore (2019).

In addition to acting in films, Kapoor has sung several of her film songs. She is the celebrity endorser for several brands and products, and in 2015, she launched her own line of clothing.

Future of Shraddha Kapoor in 2021

Shraddha Kapoor is entering the 35th year of her life, 3+5= 8 which is ruled by Saturn.

“Shraddha Kapoor has some of the most promising projects including Luv Ranjan’s film with Ranbir Kapoor, She should also start working with Khans to get extra mileage in her career. Doing women-oriented scripts won’t help her much as Haseena Parker failed badly in the past.

Shraddha should also try a project down south to increase her pan-Indian appeal. Shraddha faced some controversies like drug-related last year but this year she will stay away from such baseless allegations,” says noted Bollywood Astrologer Hirav Shah.

Hirav Shah adds, “Shraddha will continue to maintain good health in 2021. Her love relationships will get better and she will finally settle down soon.”

Home » Celebrity-Horoscope » What’s in Store for Shraddha Kapoor in 2021 after a Shocking 2020?